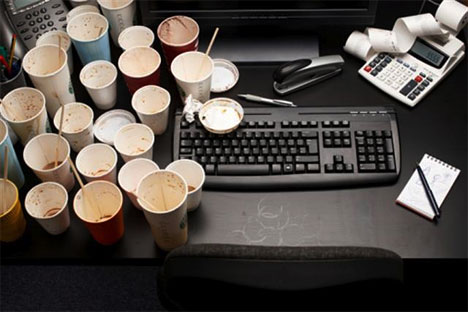 Coffee in the workplace is an interesting conundrum.

In an office environment, the coffee pot is the supreme gathering place.

Especially in the morning, everyone gravitates toward it so they can make the same sad jokes about not having had their coffee yet.

Everyone laughs a little. Then they realize how much truth was in that joke and cry a little.

They think for a moment about maybe trying to wean themselves off, but by the next morning they’ve forgotten about ever considering that.

Coffee in the workplace is an easy common ground for employees.

They celebrate together when there’s plenty of coffee.

They commiserate together when the pump finds no purchase and instead sprays the last remaining drops all over the inside of their mugs and hands as it emits a spine-tingling gurgle.

Providing coffee in the workplace—particularly if it’s free, quality, and gourmet—is an easy way for management staff to show that they care about employee happiness and the happiest companies are the fastest growing. 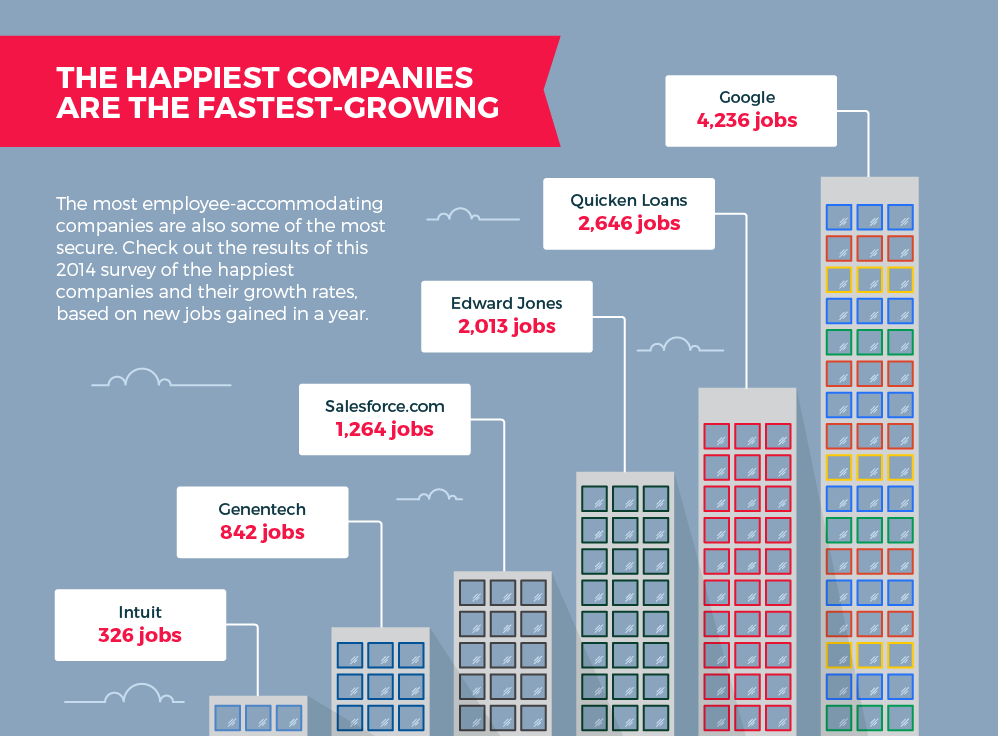 But are the benefits of coffee in the workplace really helping employee performance?

Keurig, the company synonymous with those single-serving coffee machines, recently released the results of a survey that had nothing but great things to say about coffee in the workplace.

For example, 89 percent of office workers said that “a good cup of coffee can make their entire workday better,” and that without coffee these workers can feel “exhausted, irritable, unproductive, disorganized, and forgetful.”

It’s easy to overlook the fact that caffeine is a drug because it’s become so socially accepted and lauded, but the truth is caffeine creates a dependency.

Those feelings reported by the office workers are more than likely due to caffeine withdrawal.

Forbes reported on a study from John Hopkins University that found “caffeine-related performance improvement is nonexistent without caffeine withdrawal.”

So if you’re not experiencing symptoms of caffeine withdrawal, drinking coffee won’t do you any favors as far as productivity goes.

The effects of caffeine on the body include the release of adrenaline which, in an office environment, really isn’t very handy.

Unless your office is being overrun by the fast kind of Zombies, in which case the fight-or-flight response is perfect. 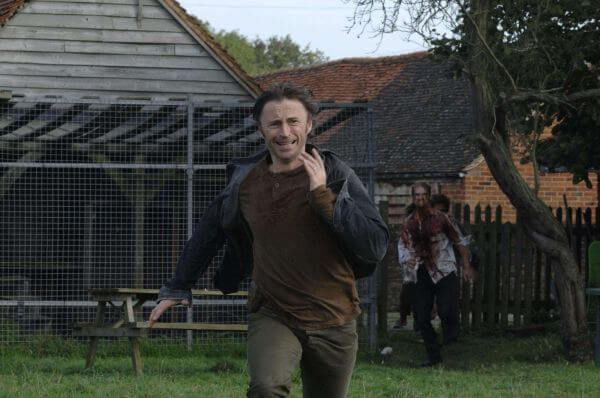 (Image courtesy of The Movie Network)

However, your office environment more than likely requires having level-headed interactions with co-workers, thinking clearly, and altogether not being irritable and anxious.

It requires displays of emotional intelligence.

…usually remain calm under pressure, resolve conflict effectively, are empathetic to their colleagues—and act as such, lead by example, and may put more consideration into business decisions.

Because the release of adrenaline from caffeine fires all emotions simultaneously, you’re unable to demonstrate proper emotional intelligence.

Furthermore, what about having a manager who’s almost constantly in the throes of the caffeine withdrawal/replenishment cycle?

One of a manager’s principal duties is to set to the tone of the work environment, so if they’re getting all irritable and irrational, all of their underlings will suffer.

Additionally, the majority of those surveyed by Keurig said, “having coffee with a client or colleague can be a great way to build relationships.”

Camaraderie and face-to-face interactions are of course important to building professional relationships but the presence of coffee is inconsequential and arbitrary. 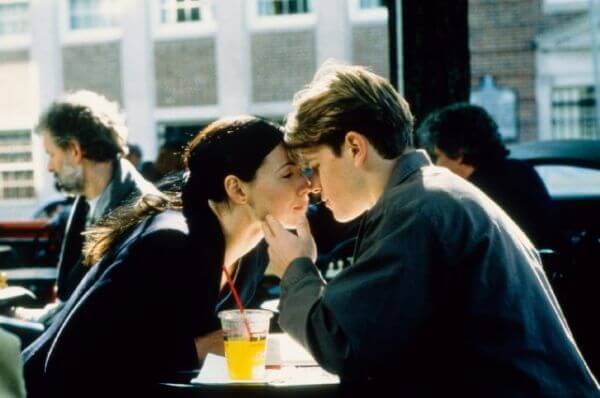 “We might as well just eat caramels, or maybe touch our noses together until people get creeped out?”, not actual quote from Good Will Hunting. (Image courtesy of The Movie Network)

Maybe taking shots at a biased marketing survey is a little too easy (or way too easy), but I have to start somewhere.

Another potential detriment to job performance brought on by caffeine is a stunting of the mind’s ability to be creative.

This belief isn’t rooted in any hard science, but the hypothesis is worth exploring.

In an article for the New Yorker, Maria Konnikova asserts the belief that creativity relies on “a wandering, unfocused mind” and that caffeine stops that from happening by making the mind hyper-focused.

Individuals can find novel solutions to problems when their minds can wander far enough to see from a different angle.

I’m not trying to advocate for the consumption of alcohol, but if you’re looking for a beverage to increase creativity, reach for a whiskey instead of a cup of joe.

A study cited by Men’s Health reports that individuals with a blood alcohol content of .075 could solve problems faster and more accurately than individuals who were sober.

Alcohol manipulates focus. If you’re doing taxes—not such a good thing. But when it comes to puzzles or ‘out of the box’ tasks, relaxation and flexibility—what you’re feeling after a few drinks—can spark creativity. You’re more likely to let your mind wander.

Unfortunately, drinking alcohol at work is a fireable offense for most, so for a safe for work alternative to coffee, try an apple.

Alternatives to Coffee in the Workplace

The natural fructose in an apple will wake you up and keep you going without the crash and overdose of adrenaline that comes from caffeine.

If you’d like to stick with a beverage, Inc. offers a list of healthy alternatives including Kombucha Tea, Yerba Mate, apple cider, and probiotic drinks.

Given the importance of emotional intelligence and creativity in the workplace, it’s worth acknowledging caffeine’s potential detriments to productivity.

Unfortunately, the effects of caffeine withdrawal can be brutal and can last weeks.

Green tea can be a great way to let your addiction down easy.

If you’re not convinced to ditch the coffee, imagine this: Wouldn’t it be nice to not have to make those awful jokes about your dependence on coffee and also not have to feel the life behind your eyes fade as you do?