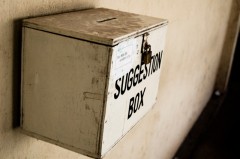 Coach of the Year

Executive of the Year

Sounds like a fairy tale with a surprise ending, right?

Well, that is the true tale of the Denver Nuggets – a team that over-performed in what was to be a rebuilding year with the third youngest team in the NBA. The executives started reading the news reports, and they were quick to cut ties with “Coach of the Year” George Karl when a hot-shooting Golden State Warriors bounced the Nuggets from the playoffs.

The Spin Sucks crowd could focus on the hypothetical question: How does a PR team convince a fan base that getting rid of the Coach of the Year – and Executive of the Year – is a step in the right direction for winning a championship?

While you mull that over in your brains, I’ll focus on the leadership ramifications.

George Karl’s coaching philosophy (his “message”) leverages a defensively opportunistic, fast-breaking team that can wear down opponents. Switching to a patient, half-court team will require going back to the drawing board to teach players the new philosophy. The sudden change also assumes that the existing players’ physical gifts will match the new style.

Organizations do not get to flip a switch and go from a products-minded company to a services/consulting approach. And they definitely do not make the jump from “let’s pass that through legal before issuing a press release” to having an intern post Grumpy Cat photos on the company’s Facebook fan page.

Changing the message involves a cultural shift over time – and then ensuring the organization has the right personnel to execute on the message.

George Karl changed his coaching style after battling back from cancer twice. He went from a hands-on, micromanaging dictator to a hands-off coach who delegated a lot of the coaching to his assistants. He even allowed input from key players during in-game timeouts.

Imagine losing a key person in your management team. This person had an open-door policy and actively solicited input from employees through daily stand-up meetings. Now, imagine replacing that key person with a manager who keeps the door closed at all times and demands weekly written status reports.

You may lose more than one key person – you might lose an entire organization as employees chafe under the new management style.

George Karl relished building a team through the draft, and then focusing on player-development with a “team first” mentality. This player-development framework will come tumbling down if executives now decide to “gut the pipeline” by trading several young players for a single star athlete.

Rather than having a deep and selfless bench, you have a single star athlete and a bunch of ill-equipped supporting players.

I see a great parallel in professional services organizations. Do you build talent through internships, college recruiting, and cross training? Or do you ramp up quickly by hiring mercenary consultants at premium salaries?

The first approach builds loyalty, culture, and a workforce tailored to “your way of doing things.” The second approach gives you some quick wins, but the mercenaries are always looking for their next HIGHER PAYING gig without regards to company loyalty.

FYI, you need both approaches in the real world of professional services. The mercenary approach “keeps the lights on and pays the bills” while you establish the “long view” train-your-own framework.

As coveted NBA players hit the open market during free agency, they noticed the Nuggets fired their Coach of the Year and Executive of the Year…and let their own star free agent sign with the team that knocked the Nuggets out of the playoffs.

That kind of organizational turnover is not attractive to free agents looking for the best path to a championship. You can’t win with instability in the organization.

Social media platforms such as LinkedIn, review sites such as Glassdoor, and professional networking organizations make the world a very small place. If you have organizational instability, and a reputation for a bad work culture, the best free agents and savvy college graduates will know about it and they will choose more fertile environments.

The future went from bright to murky for the Denver Nuggets after they made such dramatic changes.

What is the best parallel you’ve seen in the business world?

Yahoo! comes to mind, and I also wonder how patient Apple will be with Tim Cook as he tries to follow the legendary Steve Jobs.

What do you think? Is an organization best served with continuity or a carousel?

P.S. We’re just a little more than a week away from our free webinar with email marketing genius, DJ Waldow. Join us on Thursday, July 25 at 11 a.m. CT. Register by clicking here.

Brian Vickery loves his Vickery girls and sports (yes, in that order). He is also grateful for his job as a principal and executive vice president of the Rocky Mountain Region for Mantis Technology Group. When he is not promoting Pulse Analytics social media monitoring and sentiment analysis, and the awesome Mantis business intelligence and software development services, he’s probably watching a football or basketball game…or trying to find a good tennis match.

View all posts by Brian Vickery