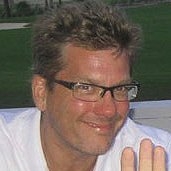 As you may recall, Gini Dietrich wrote a post earlier in the month about how we might pull ourselves out of the economic doldrums by taking a more courageous and open stance regarding competition.

She was reacting to the typical practice of most businesses to protect and hide their capabilities from the world for fear of “being discovered” and undermined.

Her advice was to power through, display your wares openly, and win by out-innovating the competition.

I’m not totally convinced that will work in every industry (mine included). I do agree that we can succeed by getting creatively destructive; by forgetting the “rules” of the old paradigm of doing things, and start solving our business problems in a more “coopetive” way.

The thing is, they all have flaws too. Maybe, just maybe, cooperating and sharing the spoils might allow us all to plug the holes in our capabilities we can’t afford to plug ourselves right now.

“Coopetition” is not a new concept. It has its roots in pretty old game theory of the 1940’s and even in NASCAR, where Darrell Waltrip used the word to describe how a few drivers drafted off each other at the Daytona 500, improving the fortunes of all. It doesn’t have to last forever, and it should not be detrimental to your business. But it can often lead to some pretty terrific results.

As an example, let’s talk about a marginally sexy topic, remote gas pipeline monitoring. I was just at a conference where we were speaking about the merits of one of our core products, which monitors and manages backup power systems in remote locations by using modems attached to our device. While we were at lunch, I sat down with a couple of guys who actually did something VERY similar, but in a slightly different market. Suffice it to say it would not be much of a leap for either of us to encroach on the other guy’s territory.

For the first few minutes we all tiptoed around each other, reticent to discuss what our core business was and what our weaknesses were. But as lunch progressed, it became clear that each of us had developed a particular expertise that the other wanted, but had not yet acquired. They had solved a thorny problem we were still struggling with, namely reliable, cost-effective wireless communication in remote locations. We had in turn solved something they weren’t too good at, which was organizing and displaying the large amounts of data we collected from the field in a nice, clear user interface.

By the end of lunch, we had exchanged cards and will most likely be sharing our expertise with one another to our mutual benefit. We decided it was worth the competitive risk to solve these sticky operational challenges together. We will probably also share sales contacts, potential customer bases, and hopefully a larger pot of revenue!

What cooperative risks are you prepared to take to advance your business and solve tough challenges?

Rusty Speidel is VP of marketing at Encell Technology, an alternative energy solutions provider in Charlottesville, VA and a 20-year veteran of the online and product development space. When he’s not promoting and developing green technology initiatives, he’s either riding his bike, playing guitar, or watching his kids play lacrosse.

Steve Farnsworth aka Steveology is joining Gini Dietrich in our next webinar; How to Develop a Content Marketing Plan. Steve will walk you through the steps needed to not only create a plan, but to put that plan into action. Thursday October 13 at 11:00 a.m. CT. This webinar is $50 and you can buy it by clicking here.
Tweet
Share
Share
Pin