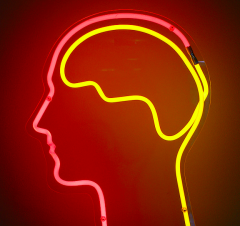 Perhaps one of the greatest challenges in customer service is that we do not control the filter through which our customers interpret our words, our gestures, or our actions.

The human mind is infinitely complex—it is capable of great sympathy and stark selfishness, of rational analysis and irrational flights of fancy.

And, behind it all is a subconscious processing mechanism that controls human reactions in most situations.

Working on the front lines of customer service brings the challenges of human psychology into stark and immediate relief.

Our success with customer service often doesn’t hinge on what we do for them as much as how we present what we do and how they interpret our presentation.

By understanding some of the psychological mechanisms that influence how customers respond, we can shape more effective customer service interactions.

In Customer Service, Your Message is More than Words

A great deal of information is carried through body language and facial expressions, signals that are lost in phone communication.

In fact, when we train for phone-based customer service in workshops, we have employees stand back-to-back to simulate the lack of information given by nonverbal communication.

Every time you remove these biological signals from communication, you take away a great deal of the information that people use to interpret that communication’s meaning.

When interacting with customers, it is imperative to remember how important tone of voice and nonverbal communication are to human interaction.

While you should always respect the customer’s choice of channel, for stickier situations it behooves you to move the conversation to the most personal form of communication that is reasonable in the situation.

Prime the Customer’s Mind and the Rest Will Follow

Everything around a customer affects his or her impressions of a company or the company’s representative: From the color of the sign to the store lighting, to how the employee is dressed to how he speaks.

In his book Predictably Irrational, Dan Ariely tells of an experiment in which college students were given a series of words in a puzzle.

However, the puzzle wasn’t the experiment.

The experiment was conducted when the subjects were timed walking down the hall.

One group of subjects walked noticeably slower than the other.

The only difference between the groups?

The slower group had words related to old age such as elderly, bingo, and Florida intertwined throughout their puzzle.

You can prime customers for better customer service by making sure all of your communication, from signage to eBlasts, prime the customer experience you want her to have.

If You’re Building a Frame, Build a Good One

Framing is the art of communicating an issue in a way that helps establish a perspective for the customer.

You are always framing, whether you intend to or not, but using it strategically can help you guide the customer to the result you want.

Despite the mathematical equivalency, an experiment studied this very question and found that respondents preferred the 75 percent lean beef, describing it as “being leaner, of higher quality, and less greasy.”

This is framing at its most fundamental—presenting the same information in a way that has different connotations to the listener.

For example, if you often handle delivery issues, you might normally say something such as, “The earliest I can get that to you is by Thursday.”

However, it would be much more powerful to say, “I can have that to you as early as Thursday.”

Both phrases convey the same factual information, but they are vastly different in how they are heard by the customer.

You Will Have to Pry it From Their Cold, Dead Hands

Customers value what they already have significantly higher than that which they don’t.

This is known as the endowment effect, and it results in what is called “loss aversion,” which says that you prefer not to lose an object more than you would prefer to acquire it, despite its value being the same either way.

In their book Yes!: 50 Secrets From the Science of Persuasion, authors Goldstein, Cialdini, and Martin tell of an experiment in this area which found that a group of homeowners were 300 percent more likely to carry out energy efficiency recommendations if the result was framed as “losing 50 cents a day” as opposed to “saving 50 cents a day.”

This is known as using a “loss frame.”

The idea of loss aversion can be useful in many customer-facing situations, but one that is often overlooked is when companies take away benefits they already had.

Think of how you reacted the last time a company began charging you for a previously free service or significantly devalued your membership rewards.

Before you reduce or remove something you have already given you customers, think long and hard about the consequences and if there is a better way.

Give Them a Reason Why, and They’ll Give You a Break

If you tell a customer why you can or cannot do something, he or she is more likely to accept it.

A study by behavioral scientist Ellen Langer tested whether or not people would allow someone to cut in line to use the copy machine.

Langer’s study found that having a reason why increased compliance by about 50 percent when the stakes were low.

When the stakes were high, compliance dropped significantly for those without a reason why, but giving a solid reason for the request still shined, increasing compliance by double the no reason crowd.

Unfortunately, many people are hesitant to explain themselves to customers because they feel as if they are making excuses.

In the CATER customer service process I outline in Be Your Customer’s Hero, the “E” stands for explain, because whenever you can provide a person a valid reason for what you are doing, what you can’t do, or what you have done, they will generally be much more understanding.

Working with customers isn’t always easy, but if you incorporate the five psychological concepts above into your interactions, you will find less resistance to and more satisfaction with the solutions you are offering.

Adam Toporek is the author of Be Your Customer's Hero: Real-World Tips & Techniques for the Service Front Lines (2015), as well as the founder of the popular Customers That Stick(TM) blog and co-host of the Crack the Customer Code podcast. He is the owner of CTS Service Solutions, a consultancy specializing in high-energy customer service workshops that teach organizations and frontline teams how to deliver Hero-Class(TM) customer service. Connect with him on Twitter.

View all posts by Adam Toporek