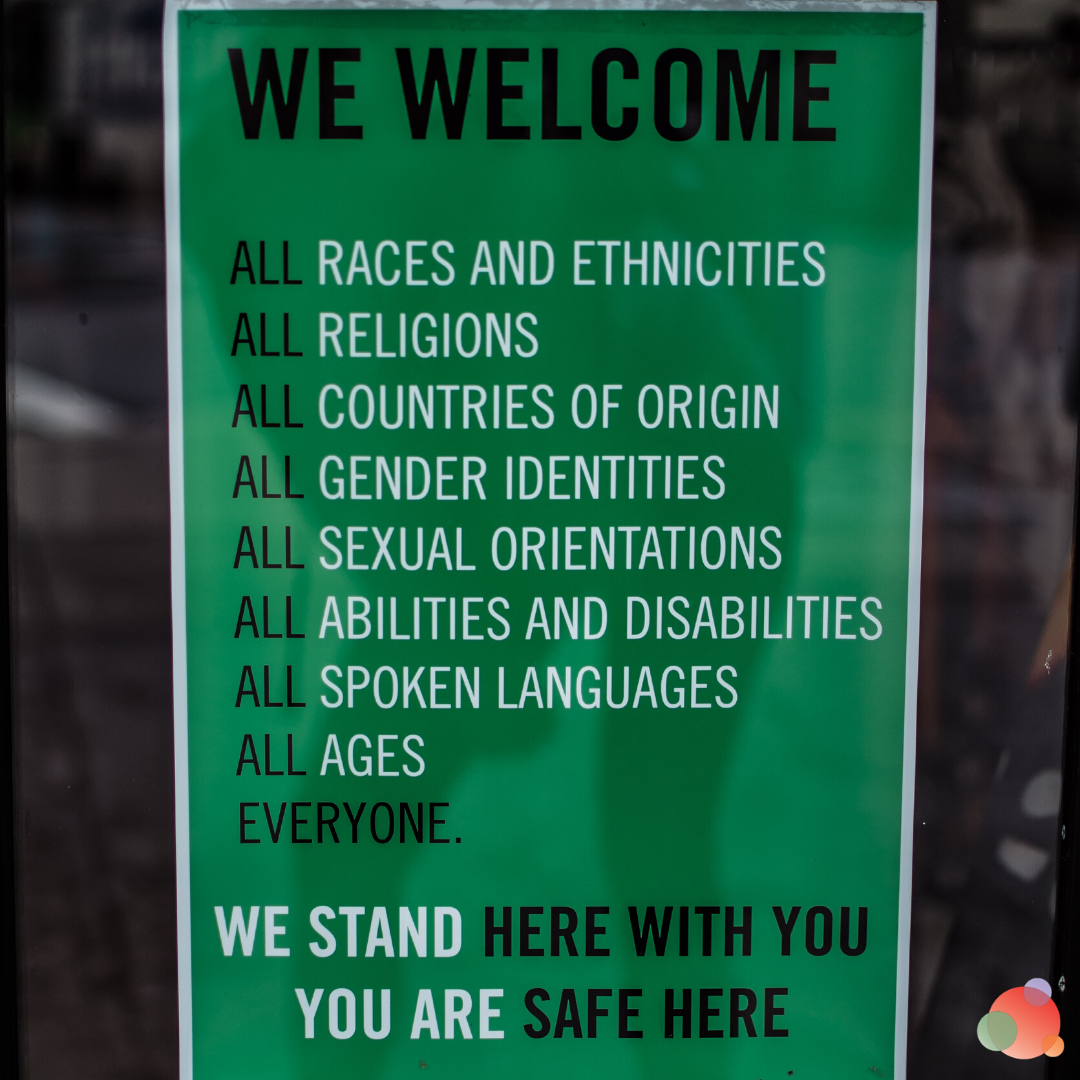 Be one of the guys.

Be assertive. No, that’s too aggressive.

Speak up for yourself.

I once worked with a business coach who told me I had to stop smiling at men during meetings because it was perceived as my flirting with them and it was giving them the wrong impression.

What is the world coming to when a smile is misinterpreted as flirting in the business world?

Women get a lot of advice about how to succeed at work.

Much of it conflicting. More of it extraordinarily offensive.

And, even though we’ve come a long way even during my career, we still have a long way to go.

A few weeks ago, an article ran in the Huffington Post about how women working at Ernst & Young are instructed to behave, dress, and act.

As of 2018, Ernst & Young has had a very low proportion of women in their workplace.

To “empower” the women who do work there, and I would guess to try to build morale and an inclusive culture and attract more women, they instituted an internal program called: Power, Presence, Purpose.

The purpose of the PPP program is to help women learn how to grow their networks, negotiate, and build stronger, high-performing teams.

Unfortunately  the PPP program has done the exact opposite of what they intended because of the “advice” they provide.

Allow me to provide some of the quotes from the unbelievably misogynistic presentation that was obtained by the Huffington Post.

Women’s brains absorb information like pancakes soak up syrup so it’s hard for them to focus. Men’s brains are more like waffles. They’re better able to focus because the information collects in each little waffle square.

Don’t flaunt your body―sexuality scrambles the mind. But do look healthy and fit and have a good haircut and manicured nails.

Yes, all of this—and more; lots and lots more—was included in the training on how women can behave at work around their male counterparts.

Not only does it enforce outdated stereotypes and hold women to an impossible standard, it also completely ignores other areas of privilege such as race, age, sexual orientation, and gender identity.

Equality Is Still Just An Idea

Ernst & Young is hardly alone in doing this, however.

Across industries, business categories, and even in government, there are still white men in positions of power who think women and other minorities are the ones who have to change.

Here are some interesting stats, according to American Progress:

It doesn’t matter the industry, the idea that there should be equality for women and other minorities is still just an idea.

And, while there are lots and lots of men who understand and support equality, the statistics prove we just aren’t there yet—and that we have to shift from the expectation that the change must come from women and other minorities.

The Communications Industry Isn’t Free, Either

The communications industry isn’t free of this problem, either.

I wrote about my experience at the Cision World Tour a couple of years ago.

It clearly demonstrated to me that even in communications, where women make up most of the workforce, we are still under-represented on stages, on leadership teams, and in boardrooms.

I have some theories on that, AND it’s the bane of my existence.

I cannot understand how event coordinators will invite me to keynote their events—yes, invite me—and, when I quote them my fee, they balk and ask me to lower it.

When I won’t budge, they go on to some of my male counterparts and end up paying them more—sometimes double my own speaking fee.

That just screams sexism to me.

It could very well be there is a different reason, but these are the facts: I quoted you my fee, I wouldn’t lower it, and so you went to a male colleague and paid him double what I quoted you.

How would you perceive that?

It sure doesn’t scream inclusivity or equality.

It tells me you don’t value my expertise as much as you do some of my male counterparts, even though I clearly was your first choice.

A Case Study of Diversity

So what is empowering, supportive, and useful for all minority groups?

My husband runs a political action committee that provides free training for people who want to run for office.

During their work—and through his own experience—they discovered that young professionals who work on campaigns are mostly rich white kids—because they’re the ones who can afford to work on a campaign with little money, no benefits, and little sleep.

But as we look at a world that desperately needs different ideas and is genuinely diverse, one place to start to fix that is at the campaign level, allowing all young professionals—not just rich, white kids—to volunteer and then work their way up.

This year, his goal at work was to launch Staff Academy, which hires, trains, and places young professionals on campaigns.

This allows them to provide inclusivity and equality at the campaign level because the PAC pays them and provides benefits, while they learn the ropes of campaigns.

As you can imagine, there are tons of benefits—the campaigns have different voices from all walks of life, those voices affect the decisions our elected officials make, and they may one day become elected officials themselves.

Suddenly, we’re looking at a government that isn’t run mostly by white men.

It’s Not All Bad News

Of course, there are many other organizations that are making a genuine effort to foster diversity of all kinds.

Accenture was ranked the best S&P company on 24 different measures of diversity and inclusion by Reuters in 2018, and they have specific programs to ensure women, people with disabilities, and LGBTQIA community members are all represented.

And more than morally being the right thing to do, it tends to be more profitable in the long run.

If you work at a not-very-diverse organization, here are several things you can do to help build diversity, inclusion, and equality:

How to Improve Diversity and Inclusion at Work

Owners and managers have considerably more power to improve diversity and inclusion.

And they should use it.

I have a friend who makes it part of his job to look at the “about” pages on websites of the companies they’re considering working with.

He has sent me so many links over the years exclaiming the hypocrisy of it all that I have started to do the same when we’re considering a new vendor, partner, or supplier.

It’s not something that is going to happen overnight—and we still have a long, long way to go.

But the more attuned we are to racism, sexism, misogyny, and even our own inadvertent biases, the better we’ll all be about making sure our colleagues, our clients, our vendors, our suppliers, our colleagues, our events, and our websites are inclusive of everyone.

Have you ever experienced sexism, racism, or worse at work?

How did you handle it? Did anything change for the better? What do you look out for now because of it?

I’d love to hear your stories, if you’re willing to share them.

Photo by Brittani Burns on Unsplash