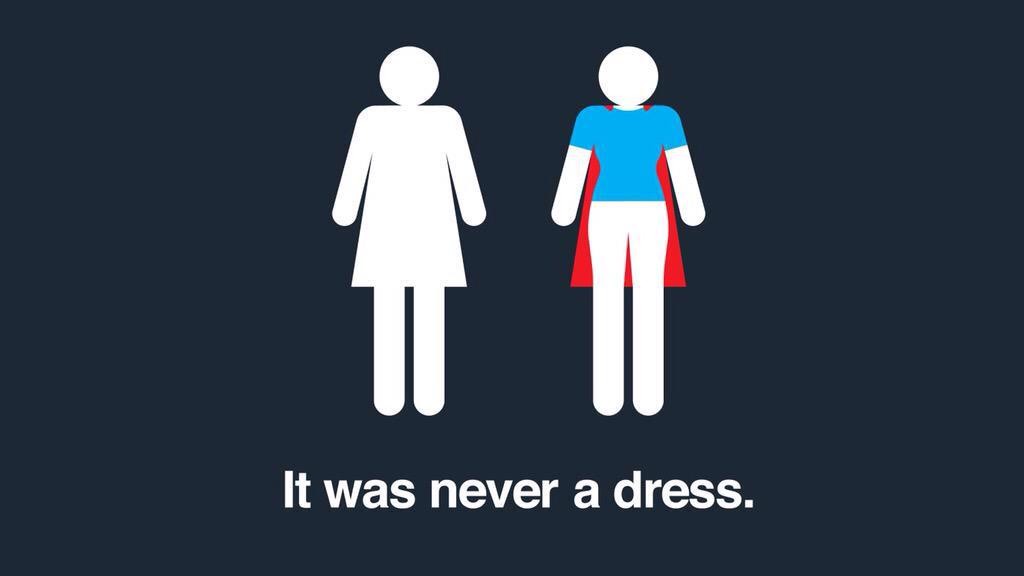 Several weeks ago, I was invited to participate on a panel at the Cision World Tour, Chicago kick-off.

I was excited about the event because:

As we got closer to the event, I realized I was the only female speaker on the docket.

Communications is a female-dominated industry and there are plenty of talented, high-profile women in Chicago who could have participated.

Instead they had male speakers for both the opening and closing keynotes, and I shared the panel with four men.

To be completely fair, our panel did have a female moderator, the PRSA Chicago president.

But, during the cocktail reception, I had several attendees (both men and women) say to me:

Why were you the only woman who spoke? Don’t we dominate this industry?

I know the feedback also made it to Cision because some said they had asked the Cision CEO the same question.

Women Not Represented in Female-dominated Industry

…you guessed it, five men!

The topic combines social relations and customer experience and all of those men are experts.

So are Jeannie Walters, Jeanne Bliss, and Annette Franz.

But not a single woman was represented in the eBook.

Again, in fairness, they published a blog post—Leaning in and Climbing Up: Cheers to Successful Women in PR—around the same time.

The communications industry is female-dominated (64 percent), yet we’re not represented in leadership roles, in content, or at conferences.

Three Issues with Men Telling Women to Speak Up

A panel made up of John Brockelman, Richard Edelman, Jim Weiss, and Tony Wells spoke about how women can be heard in macho cultures.

If women don’t feel their voices are being heard in the corporate world, they need to speak up more loudly.

It might sound “silly” to give adults the advice to “speak up,” but it is a “learned behavior” with which even professionals in their 40s struggle.

Edelman recalled that he recently asked women on his executive team why they are quiet during meetings. Their response: It is because of the room’s “macho culture.”

“I asked them, ‘How are we going to fix that? Either you’re going to speak up, or I’m going to have to hammer the guys,’” said Edelman. “They said, ‘Hammer the guys first,’ and I said, ‘You speak up first.’”

There are three issues at play here:

Because I want to be certain we’re completely fair throughout this conversation, the event did honor nine women.

But those women were not on the panel giving advice to other women about equality.

The Brand Persona is Not Represented in the Marketing

There is a gigantic disconnect between the people Cision and PRWeek serve—and the organizations’ content.

Let’s say, for argument’s sake, that you are working on a communications program to build awareness for a new product.

Your number one brand persona is female, aged 28, with two kids.

She works, is highly motivated, spends a bit of her personal time sharpening her skills, and she travels some.

If you wanted to get her attention and build trust with her:

We all have to be smart about who our prospective customer is and how to market to them.

In communications, we absolutely should have conversations about equality and how to be heard in a macho culture.

But if we are to get where we need to be, the conversations, the content, the leadership all should be equal.

Both men and women should be represented.

We should take measures to make certain macho cultures no longer exist.

I want to hear how both men and women have done that.

It Starts at the Top

The Cision entire leadership team are men, except for their chief HR officer.

Richard Edelman should be embarrassed he’s leading a macho culture.

And, when asked to participate at conferences, on boards, in content, or any other professional endeavor, men should stand up and say, “Wait a second!”

Step up. Say something. Boycott, if you have to, and ask your peers to do the same.

It absolutely starts at the top.

If you want to work in or represent an industry made up of 64 percent women, the change has to start at the top.

With the leadership team. The culture. Speakers at conferences. Experts in content. And advice to other women.

There are lots of reasons men still dominate these things—which we could debate to death—but it’s up to all of us to make change.

Particularly in a female-dominated industry.

P.S. Later today, Sherrilynne Starkie is tackling the Hall of Femme event in a, let’s just say, interesting way. Tune back in for that!