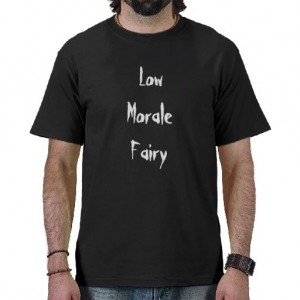 A couple of weeks ago, Scott Forstall, the Apple executive in charge of iOS and the maps debacle associated with the iPhone 5 release, was categorically fired.

According to Gigaom, Forstall was asked to co-sign (with Apple CEO, Tim Cook) an apology letter to customers for the maps issue. He refused, which looks to be the straw that broke the camel’s back.

Though he’d been with the company – and Steve Jobs – since the NeXT days, his Jobs-like behavior (minus the genius) was too much for the more calm and collected Cook. It has even been reported there was silent jubilation when it was announced he was no longer with the company.

Which brings us to a very good lesson: Too often the prima donnas are revered because they create a ton of revenue or build amazing products, but do so much damage to morale and culture they’re rarely worth keeping around.

No Room for Prima Donnas

I’m sure you know the type. In fact, you may employ the type right this very second. It’s very common to think, “I can’t do without the revenue he/she generates” so we keep the person around even though we know it’s really bad for the culture we’re building.

But it’s not always a top revenue generator. It could be someone who has built the right relationships with the decision makers.

Case in point, we once had an employee who was very young and didn’t yet generate any revenue, but my second in command loved her. She did a ton of damage, particularly to our interns and newly graduated young professionals and there was a lot of back stabbing and low morale. It went against everything I was building, culture-wise, but I couldn’t convince our COO to let her go.

Eventually our COO left and so did this young woman (not by her own choice) and I was amazed at how quickly morale turned around. In fact, the culture I fought so hard to build began to happen naturally and I know longer had to fight the uphill battle.

It’s not an easy decision to make. That’s why they say hire slowly and fire quickly.

Executive coach Scott Eblin offers three reasons you should fire the prima donna today. He says, “You’ll get more from the rest of your team, you’ll send the right message, and you’ll save yourself headaches in the future.”

Let’s dissect each of those reasons.

What other lessons do you have for business leaders when it comes to firing the prima donna?