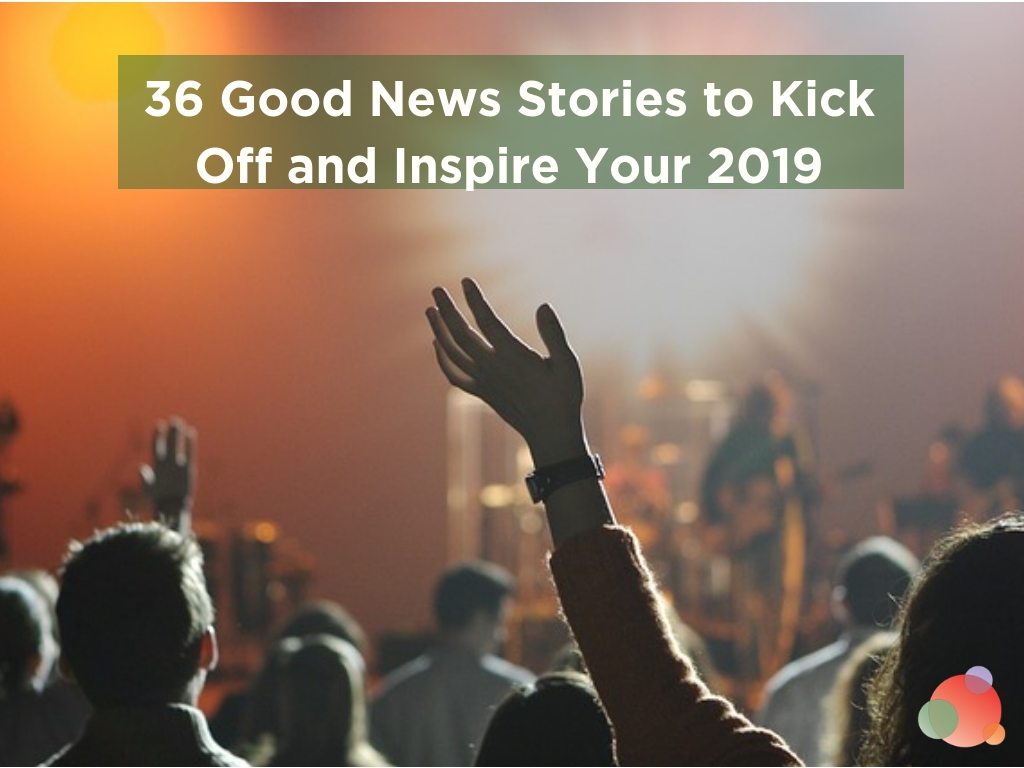 Listen, I get it. When you listen to the news on a daily basis it can seem like…well, the world is going to crap.

I’m an eternal optimist, but I’d be lying if there weren’t many moments this last year that I didn’t want to hide from humanity in general. It’s very easy to start to feel like you are on a really bad game of The Price is Right and behind every door is just another global disaster.

The truth is that’s not true. On micro and macro levels there are good people doing good things every day. We just don’t hear about them as often. Which is sad because they are just as important if not more then the bad stories we hear repeatedly. They remind us that we too can do amazing things to make the world a bit better every day.

So for our first blog post of 2019, I want to recap all the GOOD news stories of 2018. I hope you join in and share your favorite good news stories in the comments below or our Spin Sucks Community.

And let’s make it OUR responsibility to be characters in many more good news stories in the year ahead.

My Birthday (And Other Good News in January)

I mean, I was born in January, so if that wasn’t good news enough…I don’t know what is?

But some other awesome things just added to the celebration of our 2018 kick-off month.

Gini’s Birthday (And Other Good News In February)

Man, I love that subhead. Almost as much as I love our March good news stories. (And I know that saying goes with April, whatever…it’s my blog post.)

Good news was springing up everywhere! “Springing up!” Spring, get it? (I’ve got more of these folks, don’t worry.)

May The Good News Be With You

Raccoons and Flamingos Living Their Best Lives in June

A world where raccoons think they are superheroes, Flamingos jailbreak from zoos, and 99-year-olds try to save the world is a world I want to live in.

Celebrate Your Independence From Pessimism in July

July is a month of fireworks and freedom in American. Let’s appreciate that freedom by making the world a better place.

If we all left notes of inspiration around for each other like the middle schoolers below the world would have to be a kinder place, right? Let’s try it.

A textbook month of good news.

You’d think I’d run out of cheesy lines by the time we got to October, but no friends….not even close.

Be Grateful for These Good News Stories in November

Always so much to be grateful for in November, including these stories.

What are your favorite good news stories of 2018?