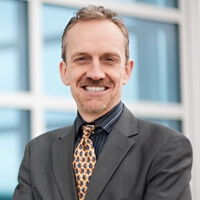 Chaos. You’ve been there. How did you handle it as a leader? A recent Twitter conversation between Gini Dietrich and me around the “Jay vs. Conan” debate helped illuminate a few points for me on how to lead – and not lead – in times of chaos.

As Conan started his new show on TBS recently, the untold story of the “Tonight Show” debacle (chronicled in this insightful Vanity Fair article) was that the whole situation could have been different if the NBC executives had led differently. Let’s discuss in comments, but I believe they made two key errors.

First, compromise is often not the best option in times of chaos – and to be sure, this was a time of chaos. If you’re the executive in charge of one of your organization’s top three brands, and it is significantly under-performing, you’re in chaos mode.

Jeff Gaspin, the NBC top entertainment executive, was trying to make the best out of an earlier mistake that moved Jay to his own one-hour variety show at 10 p.m. The resulting low ratings had the affiliates mandating a change. What to do?

As chronicled throughout the history of management science, compromise is a tool not best used when the fire burns the highest. Unfortunately, Gaspin did just that. He proposed bringing Jay back to 11:30 for a half-hour show and moving Conan to 12:05 for an hour along with the “Tonight Show” title.

This is where common sense failed the NBC executive suite. One of the leadership tricks I’ve used during trying times is literally to speak my solution out loud to myself. That’s right – say it live. To yourself. Does it make sense now?

“I’m going to propose that Conan move to 12:05 with the “Tonight Show” and bring Jay back right after the late local news at 11:35. That way I’ll keep both happy.”

Yeah, me too. Egos at this level of super-stardom (and sometimes your own organization) are not going to accept this kind of what-will-be-perceived-as-demotion.

All decisions at times like these are fraught with risk. It’s unavoidable. That’s why it’s chaos. But by avoiding tough decisions (“Conan, we’re going to part ways.”) in hopes of coming to a compromise is fools gold.

Second, direct, transparent, and honest communication is a must. Gaspin and Jeff Zucker, the NBC Universal CEO, also failed here. Letting Conan decide, and, most egregiously, letting him be the first to the press with the direction, was catastrophic.

As a leader you must set the agenda. Be more transparent than you believe you can. Be more honest than your attorney says is prudent. (Notice in the VF article how this specific part was won in the Conan camp.) Push yourself on all levels of communication when chaos calls. Your chances of success will be enhanced significantly.

Jay and Conan, Gaspin and Zucker have all moved on in their own ways from this public debacle. Use their story to be decisive about your conclusion and communicate it directly and openly the next time you find yourself in the middle of chaos.

Robert Herzog is chief financial officer at Harrison College, a higher educational institution committed to serving the needs of 21st-century students. Follow his tweets for random musings on leadership, change, the future of higher ed, and baseball.