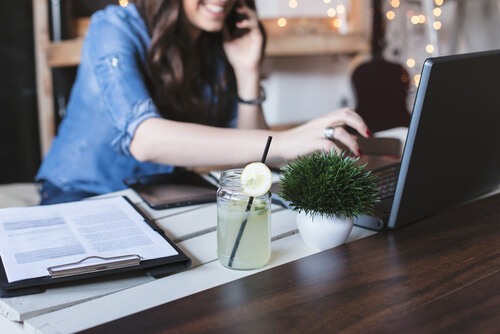 As many of you know, the Arment Dietrich and Spin Sucks teams have been virtual now for going on five years.

I kind of can’t believe it!

What started as a way to save money as we were coming out of the Great Recession turned into not only a point of differentiation, but a way to hire the very best people for the job, no matter where in the world they live (and I mean that literally).

But there is one distinct challenge in having a distributed workforce: Lack of culture.

You also don’t have the fights over unwashed dishes in the sink, the temperature of the office, or stolen lunches.

That stuff used to drive me crazy. You all are grown-ups! Figure it out…yet it always became my problem, especially when our electricity bill was $1,109 one month because they couldn’t agree on a temperature and kept changing it.

For all of the great things about being virtual—working in your PJs (which I am doing right this second), exercising at lunchtime, no commute, not having to get ready for work, more productivity—the lack of culture was really bothering me.

So I set about to solve it.

15Five Helps Keep Your Finger On the Pulse

I spoke with several friends who run virtual offices and everyone said the same things: Use Slack, Zoom, and 15Five.

A big, fat yes to Slack and Zoom. We are already big fans and use those tools consistently throughout each day, but I didn’t know 15Five and created a test to see if it might work for us.

We are on week nine and I LOVE it. While it hasn’t totally solved the culture issue (more on that in a minute), it has given me a look inside the organization at a level I would only have if we were in an office together.

I then list our company values and ask our team to nominate a colleague who lived one or more during the week.

By Thursday afternoon, the Slack channel I created to update when someone is nominated buzzes with excitement. Not only does it give them a high five in that channel, but their colleagues all congratulate them and support them.

It also shows, very publicly, who is living the values. The good news is every, single person is nominated at least once so no one is left in the cold each week.

And, for me, I learn things that I might not learn in any other environment. That last question about challenges is extraordinarily enlightening and (thankfully) people feel comfortable giving me real feedback there.

It certainly has helped me feel much more connected to the pulse of the organization.

Solving the Lack of Culture

But that’s just one part of how we’re building culture inside a virtual office.

We have a very active Slack account, which I’ve sung the praises of here before, but when I set about to solve our lack of culture issue, I personally began to use it differently.

Sure, we use it to exchange information about work and we have channels dedicated to fun—and I love being able to answer a client’s question because it’s easy to search and find in Slack—but I started using it as a way to connect individually with my colleagues.

Sometimes I’ll drop into a person’s private channel just to say hello and other times I’ll use it as a coaching opportunity.

I also use Zoom to “pop in” to see people, as if I’m just dropping by their office to say hello.

Often times, we’ll be discussing something in Slack and I’ll say, “Let’s Zoom for a minute and talk this through.”

The first few times I did that, I think it freaked people out, like they were in trouble or something, but now they’re getting used to me just using it to connect.

So, while nothing replaces the in-person experience, these three tools have begun to solve our lack of culture issue.

We’ll continue to work on it—and some days are better than others—but I guarantee, when we have our annual in-person meeting, it won’t feel like we don’t know one another and are meeting (in some cases) for the first time.