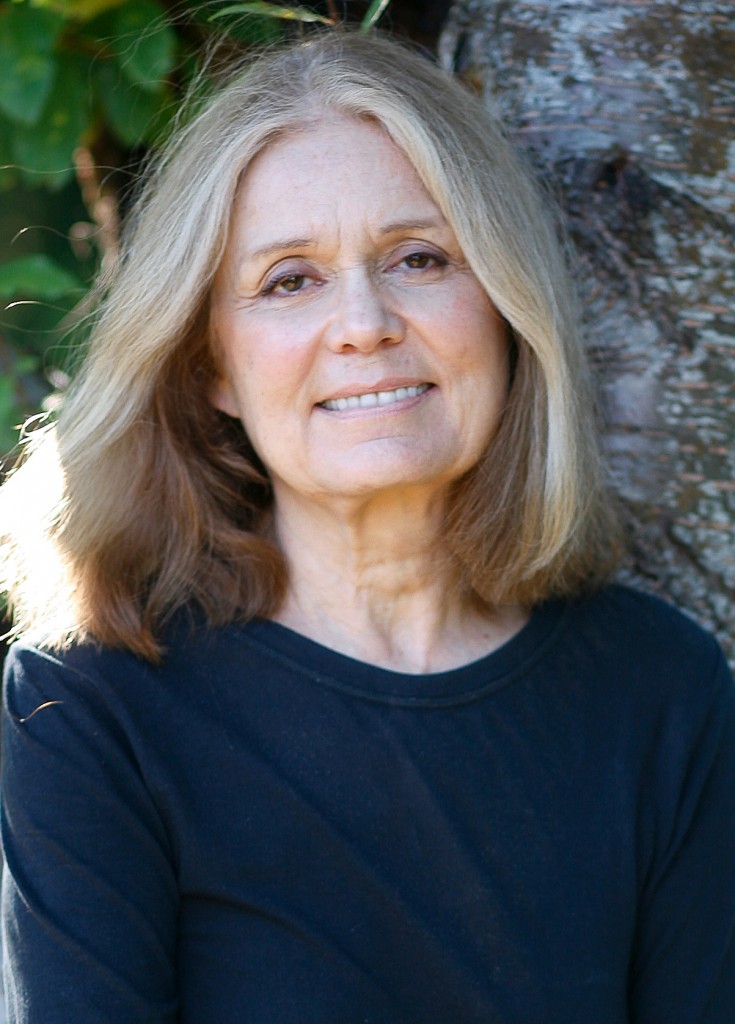 First, Lands’ End really stepped in it first by featuring Gloria Steinem in it’s catalog and then backtracking so fast, you could see the smoke coming from the Internet.

Then, during the Oscars on Sunday night, Total Beauty tweeted, “We had no idea Oprah was tatted, and we love it. #Oscars” 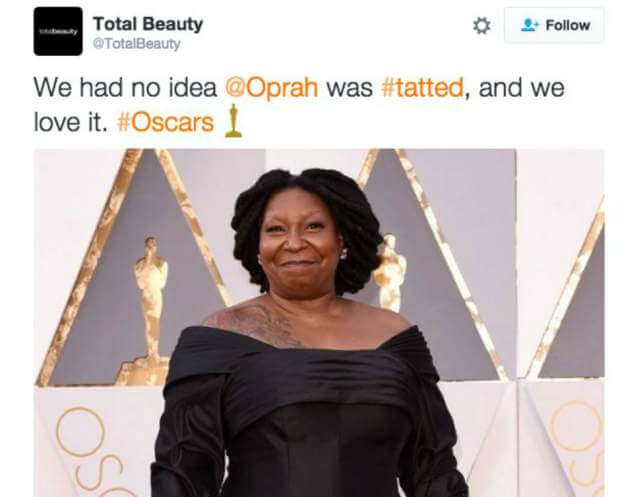 I can actually see how the Whoopi/Oprah mistake happens. You have a young and overly eager community manager, super excited to have the opportunity to tweet during the Oscars.

I mean, we all know that isn’t Oprah, but for someone who didn’t grow up with her, I can see how that might happen.

But the Land’s End issue is where I want to focus today. Because what happened totally could have been avoided.

Lands’ End has a new CEO, as of about a year ago.

Federica Marchionni, who joined the company from Dolce & Gabbanna, has voiced ambitions to expand Lands’ End into a global brand.

To begin that process, she launched a new feature called “Legends” and, for the first issue, interviewed Steinem, a writer and women’s rights activist (who also has long maintained abortion should be accessible).

The idea is a really good one: Bring in women who have been active in fighting for women’s equality to attract the younger generation.

When the catalogs hit mailboxes late last week, the company was met with swift reaction.

Some schools that recommend Lands’ End products for their uniforms threatened to cut ties with the company.

On its Facebook page, women threatened to boycott the company .

Lands’ End had two choices: Stay the course or cave.

They chose the latter.

It’s Not a Political Issue

The company said in a statement, which was posted to its Facebook page,

It was never our intention to raise a divisive political or religious issue, so when some of our customers saw the recent promotion that way, we heard them. We sincerely apologize for any offense

This, of course, created new boycott threats. This time from women who believe women’s rights is not a political or religious issue.

What a terrible message to send to all the women and girls who wear your clothes. I’m sorry you see equal rights for women as a divisive issue. I see it as a human issue.

And she’s right: It is a human rights issue.

This all is happening at the same time that Chris Rock went on a fabulous rant about how not a single black person was nominated for an Oscar.

These are human rights issues.

For any human being not to be treated the same as everyone else, because of gender, color, or sexual orientation, is not political or religious.

Human Equality is About Human Rights

And yet, the company backpedaled very, very quickly.

Just a couple of weeks ago, I wrote here about an experience I had with gender and pay inequality and the comments were alive with disgust.

Sure, I know we attract like-minded people through our content, but at the same time, I’d like to think we are all more focused on equality for women, not because of the political issues—such as abortion—but because we all deserve to be treated the same.

The interview with Steinem did not directly address abortion.

She and Marchionni discussed the challenges women face in the workplace and the proposed Equal Rights Amendment.

The feature also told shoppers, if they opted to select a certain logo for embroidery, the company would donate 50 percent of the fee to the ERA Coalition’s Fund for Women’s Equality.

Lands’ End has since decided it will not move forward with that program.

What They Should Have Done

As a woman—and one who experiences inequality in the business world nearly daily—this is very disappointing.

Here is an organization that has ambitions to move to a global stage and to become not-your-mom’s rain boots company.

To do that, their “Legends” series seems very, very smart.

That said, every organization must sit down and carefully think about the people they align themselves with before they do it.

The conversation internally should have been, “We know Steinem is perceived as someone who supports abortion. Is this going to make any of our customers angry?”

Then the conversation moves to Steinem and her stance on abortion. And, even though the interview won’t touch abortion, will your customers see this as a stance for pro-choice?

There are plenty of other women who have made great strides for women’s equality—Ruth Bader Ginsburg, Sheryl Sandberg, Patricia Arquette—who don’t create such a wide divide.

That is where the company should have begun. Steinem could have entered later.

The “Legends” series is dead before it began. The really great idea to donate half of the embroidery fees to the ERA Coalition’s Fund for Women’s Equality is also dead.

The lesson here is to think through every possible bad thing that could happen before you do it.

Then weigh the pros and cons.

I guarantee if Lands’ End had done this before featuring Steinem they either would have chosen someone else or had a very smart, very strategic reason to not back down, no matter the consequences.