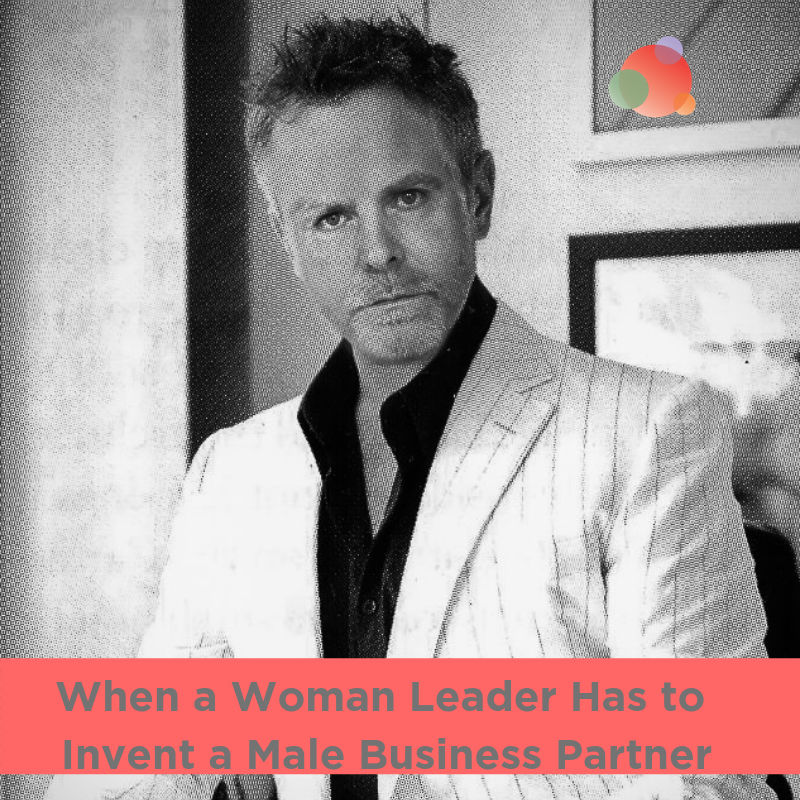 When I started my agency in 2005, I was so naive about how it all worked, it just sort of worked.

I didn’t know companies didn’t spend $3MM on an annual public relations campaign or that you weren’t supposed to go after the big agencies for business you really wanted.

We grew from me sitting at my kitchen table in our loft in the West Loop of Chicago to $1.7MM in revenue, 15 employees, and a River North office lease in just three years.

All because I really, truly thought you just went after what you wanted—and you got it.

I’d never been told no because I wasn’t willing to take no for an answer.

At the time, I was a Vistage member and they had just rebranded from TEC.

I remember sitting in a meeting, wondering out loud why they had hired a global PR firm to do their rebranding when there were plenty of PR firms that were Vistage members.

My group of fellow entrepreneurs egged me on a bit so I got on my soapbox and I sent an email to the regional manager.

She invited me for coffee and we hit it off. She told me the director of corporate communications would be in Chicago and I should meet him.

I sat in that meeting and explained that, while I appreciated no one got fired for hiring a trusted brand, I was a Vistage member and I knew their business better than anyone sitting in a Michigan Avenue office.

They gave us the regional business to test us out. Then they added another region. Within a year, we were named agency of record and continued to grow our responsibilities, our budget, and our team.

Things were going along swimmingly. We were pitching all sorts of business—and winning. It was a fun (and incredibly stressful) time to be in business.

And then I got smacked by reality.

We were in the final pitch with a Fortune 100 company to be their agency of record. The work we were doing with Vistage was opening all sorts of doors for us.

The prospect was in our office and we had pulled out the dog-and-pony show I learned how to give when I worked for FleishmanHillard.

We went all out—and they were impressed.

It was the last meeting before they were to make a decision, and I just knew the business was ours.

At the end of the meeting, the CEO pulled me aside and told me how impressed he was. And then he said…

But I think it’s important we meet your husband before we make our final decision.

(Remember how I said I was super naive? Keep that in mind here…)

I remember thinking, “Oh, that’s nice. They want to make sure they can hang out with us after hours. Chemistry is important!”

So I told them that would be no problem. I said, “Let me know when your wife is available and we can set it up.”

“My wife?” he said. “Why does my wife need to be available?”

I said, “I thought you were asking because you wanted to do a final chemistry check.”

No. I’m asking because he’s your business partner.

MY BUSINESS PARTNER? Stop the presses! My husband is not my business partner.

I told him that no, my husband isn’t my business partner. It’s just me.

You’re to tell me this young, pretty thing is doing this on her own?

They ended up not becoming a client of ours. And I’d be lying if I told you that I told him no thanks right there.

Not the case. I thought about it long and hard. I really wanted the business. It was a large budget, we would have won against three global PR firms, and it would have put us on the map for our core expertise.

But we ended up walking away and, to this day, it pains me just to tell that story. And part of the reason we walked away is because they sort of forced it. They needed a man to be involved and I didn’t have a man to involve.

At the time, I was lamenting to my friend Harry and he said, “Why don’t you just make up a fake male business partner?”

So I did. It was sort of in jest at the start, but then it grew legs.

Charles Arment was the Arment in Arment Dietrich and, as it turned out, he was always traveling around the world.

But you can bet, when it came to needing a man involved in business decisions, he was the negotiator.

I would excuse myself from the room to call “him.” And then I’d call my mom or my husband or a friend, just to chat for a few minutes.

Then I’d go back in the room and use “Charles” as my ringer.

When this very blog took off in 2009, though, we decided Charles needed to meet an untimely demise.

I couldn’t, after all, run a blog called Spin Sucks and lie about a male business partner.

I miss Charles. He was very good for business for a long time.

A Challenge for International Women’s Day

That’s a very long story to tell for one point I’d like to make on this International Women’s Day week.

It’s time for equality, once and for all.

We talked yesterday about how the definition of feminism is about equality for both genders—and a level playing field that respects the voices of women.

The only way to do that is to treat all humans exactly the same, in business and in life.

My challenge for you is to pay attention to your stereotypes, your biases, even your racism (and we all have them) and think about how you might hurt or harm another human being.

Be mindful of your words and your actions.

Together we can make this world a much better place where we can empathize with one another and view each other through different lenses.

May the odds be ever in your favor.