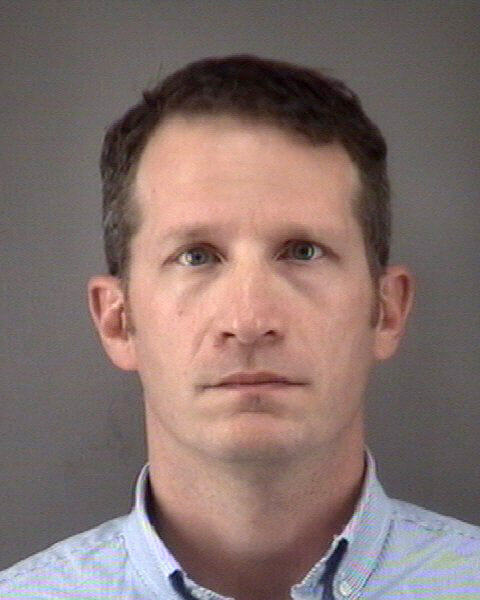 Running a business is hard.

You interview people who have expertise in your field. You check references and references of references. You dig into their personalities to figure out if they’ll be a culture match.

You negotiate a package. You bring them on and work with them diligently for the first 90 days to make sure they understand your process.

And then you cross your fingers, trust them, and let them fly.

In most cases, things work out. People are professional and can be trusted.

But if you’ve run a business for any length of time, you’ve likely been burned.

That’s what happened to an agency in North Carolina when they hired an ambitious young man who wanted to make partner.

He didn’t have the cash so he got to work.

According to Agency Spy,

Bill Grizack convinced agency executives he had won the business of Coca-Cola, Brown-Forman, and other clients to the tune of more than $269 million.

The agency was so excited about all of this new business that the contracted the help of another local agency and, between the two of them, hired 40 new professionals.

And Grizack was rewarded handsomely.

But that’s not all. The local agency they contracted with transferred $1.5MM to the lead agency and they also hired Grizack and paid him an annual salary of $250,000.

It was all fake.

He created fake emails, faked phone calls, and signed faked contracts that he drew up himself.

He pretended to call executives of the companies while his colleagues were in the room.

He created fake briefs for the teams to work on.

And this all went undiscovered for about six months.

When he was confronted, he left North Carolina and went to another agency in Boulder, where HE DID THE SAME THING.

They found out more quickly, though, and fired him immediately.

Then he moved to an agency in West Hollywood and was there a little less than a year before he was extradited back to North Carolina and charged with three counts of obtaining property by false pretenses.

His LinkedIn profile, which has since been removed (and his tweets have been protected) read the following: 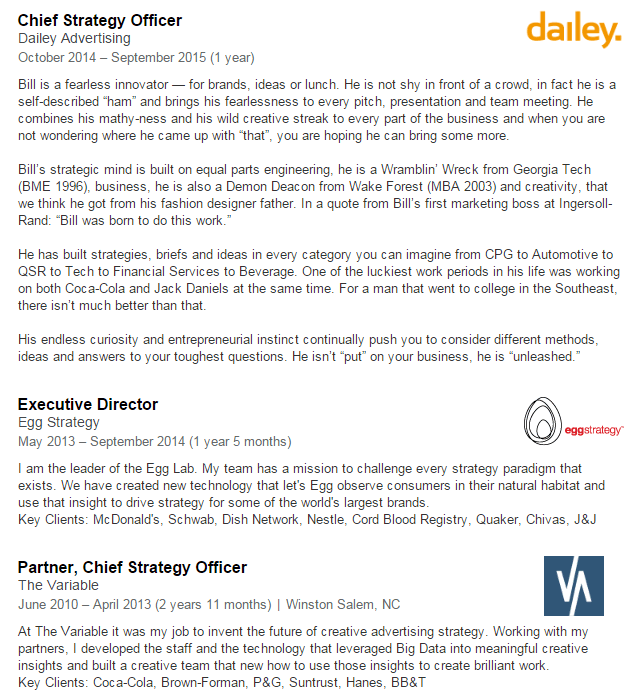 Falsifying Contracts is Bad. Protect Yourself.

Joe Thornley, Martin Waxman, and I talk about this during this week’s Inside PR.

I was a little incredulous about how it can go six months undetected.

Here, we have a rule that new clients must not only sign a contract, but provide a deposit before any work will begin (because we’ve been burned).

But Joe had a great point. He said many large companies (such as Coca-Cola) have gigantic procurement departments and it takes 120 days to get paid.

And, having worked in a large firm, I definitely know you front clients money for a few months.

So it can happen and this guy clearly took advantage of the process at each of these agencies.

But the moral of the story is this: You are not the bank. You should not front your clients money. If they have a 90- or 120-day payment process, then negotiate—up-front—a way to submit three or four invoices at once and don’t begin any work until you get your first check.

I know it’s not easy to do, but cash is king.

If you hire 40 new employees and work for six months, you’ll also incur lots of expenses…to the tune of approximately $6MM.

It’s worth figuring out a way to make it work for you and for the client (assuming they are real).