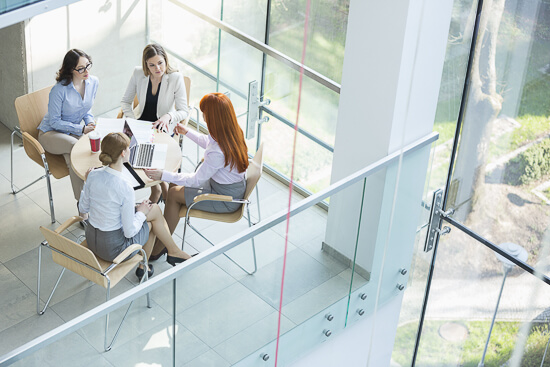 Because of the pay gap: Women earn 78 cents for every dollar a man earns.

If I were to own a PR firm, I would make even more money in salaries: Forty six cents per salary dollar according to PRWeek Salary Review 2016:

Why don’t we see profit-driven companies with 100 percent female workforces?

Why would anyone ever hire a man?

Because the 78 cents on the dollar pay gap is a myth.

If you say something frequently enough, it slowly gets incorporated into the public consciousness.

For full-time, year-round workers, women are paid on average only 77 percent of what men are paid. —The National Organization of for Woman

On average, full-time working women earn just 78 cents for every dollar a man earns. —The White House “Your Right to Equal Pay” website

And let’s not forget the ever-erudite legions of actors (nearly all of them with economics degrees from Oxford and Harvard) who have the deepest of insights.

It’s our time to have wage equality once and for all, and equal rights for women in the United States of America. —Patricia Arquette

What does the 77 or percent pay gap figure actually represent?

The answer lies in how this number is calculated.

This is one of the central reasons that critics condemn the mantric repetition of this figure—for it cannot possibly be the statistic that reveals systemic gender discrimination in the workplace.

What the 77 Percent Pay Gap Does Not Consider

Men represented 92.3 percent of workplace fatalities in 2014 because men far outnumber their female counterparts in the most dangerous, but higher-paying (e.g. logging, mining, roofing) jobs.

In contrast, women show a demonstrated preference for lower risk occupations with greater workplace safety and comfort, and they are frequently willing to accept lower wages for the greater safety and reduced probability of injury or death.

If I may add a potential difference between the genders from my experience.

I was a a zealot when it came to raises and promotions.

I defined myself by nothing more than my earnings.

I had a rule, and that rule was to discover what all coworkers made and ensured I was the highest paid.

I have found that throughout my life, women defined themselves in a more comprehensive manner.

They may have included earnings into their self-concept, but they did not define themselves by their paycheck as I and several of my male associates did.

Everyone is Best Served by Truth

I leave you with a quote from Christina Hoff Summers:

It is not my claim that women no longer face discrimination in the United States. There is no evidence I can see or most responsible economists can see of systemic wage discrimination against women, but of course there are is still workplaces where women are being shortchanged. But here’s the bottom line: Women who are struggling economically or coping with gender bias their gonna be best served by truth, careful research, not hype, spin, factoids, advocacy data—we will all be better served by truth.

Beating Gini Dietrich to the Punch

So what accounts for the ridiculous circumstance that Gini experienced with her potential speaking engagement?

That was one heck of a one-time pay gap.

I don’t have a theory or an answer to this.