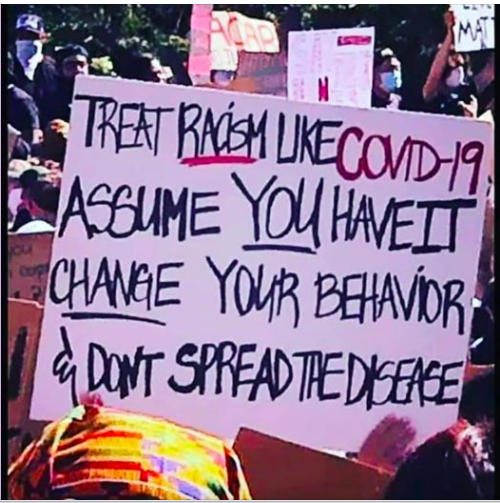 I was fired last week.

I’ve never personally been fired, but the agency certainly has been.

The first time was about two years into the life of the agency when a client called me to his office and said our businesses just weren’t suited for one another.

Since then, we’ve certainly fired clients and we’ve parted ways with other clients because of economics or a change of guard or the company’s been sold or once because we had a certifiably insane client (that’s a great story, in hindsight).

But I’ve never been personally fired.

I do a lot of work with agency owners and it was one of my coaching clients so there was no one to blame but myself.

No team with whom to diagnose what went wrong or to discuss what we would do differently next time.

No exit interview with the client to ask some hard questions and get feedback.

It was just him and me and a gigantic blow up.

Though I don’t typically help my coaching clients with tactical work—we focus our time and resources on strategy—we’re in a different world right now and I’m doing everything I can to be helpful in ways that will help them not just survive this time, but thrive.

(And make myself indispensable, of course.)

On Sunday night, he texted me to see if I would write an email that would go to his customers about what’s happening in this world.

He wanted to take a stance and he knew I could write it better than him.

Of course I said yes. I wrote it, sent it off, and told him I’d check in first thing Monday morning to make any tweaks and determine the best time to send it.

What happened next was shocking at best and racist at its worst.

The Work Environment Has Changed

A few weeks ago, Gina Luttrell and Natalia Flores wrote an article for Spin Sucks about diversity, equality, and inclusion.

While it focuses mostly on how The Corona (as my small child calls it) affects marginalized sectors—including the elderly, adolescents, youth/children, persons with disabilities, indigenous populations, refugees, migrants, and minorities—there is much to be said about how we as marketers and communicators can step up during this time of civil unrest.

A girlfriend of mine posted a meme on Facebook that said the last six months have been the longest year ever.

I was like, “Heck! It’s only been three months! The last three months have been the longest year ever!”

So much has changed.

Your budgets may have been reallocated or maybe you’ve been furloughed or laid off.

Your work environment has changed.

Instead of adult co-workers, you may have a seven-year-old intern who expects a book to be read to her during snack time. And there are A LOT of snack times in one day.

Or maybe you have a roommate who works different hours than you do.

Or perhaps you’re all alone in your house with no one to talk to but the dust bunnies.

Your focus is probably all over the place.

I know mine is.

You’re finding it hard to mentally understand everything that’s going on and you’re supposed to work on top of it?

And Yet Nothing Else Has Changed

And I’m not just talking about The Corona and watching our education and healthcare systems buckle under the pressure.

I’m talking about how George Floyd was murdered and, through the experience of some of the country coming together to fight against racial inequality, we quickly learned nothing much has changed since the civil rights movement in 1968.

That was FIFTY TWO years ago and nothing has changed.

We talk about diversity and equality and inclusion, but it’s all just talk.

Black people are still not treated as equal human beings—all because of their color of their skin.

They’re murdered for doing things we take for granted—some even while they sleep soundly in their own homes.

Right after George Floyd’s murder, I saw a sign in our neighborhood that said, “Silence is racism.”

I thought about that for several days.

I was being silent, but I also didn’t know what to say.

Around the same time, a friend of mine asked me what I was going to say to communicators, as the leader of one of the industry’s largest brands.

I didn’t know how to answer him.

I’m still not entirely confident in what to say—or how to say it. I am sad and angry and nervous and scared.

The shops and restaurants in a two-mile radius around us are boarded up, and will continue to stay that way.

For more than a week, the helicopters and sirens have drowned out the sounds of spring—birds chirping, kids playing, and squirrels doing whatever those vermin do.

It’s scary, it’s a lot to take in, and it’s hard to understand.

And I fully realize I say that from a place of privilege.

But I am learning.

I am learning that not being a racist is not the same as being anti-racist.

I’m watching and listening and asking really hard questions—and working hard to keep an open mind to hear the answers.

I’ve learned what happens when you stand up to racism, how uncomfortable it is, and how it can affect more than just a relationship, but your livelihood, too.

I am no longer silent.

To my friend who asked what I was going to say to the industry, my answer is that we’re going to traverse this together.

I will get some things right—and some completely wrong.

And I have to be OK with that because I can’t be silent and I want to personally be anti-racist, and lead an organization that is.

Standing Up to Social Injustice

Back to the story of my being fired.

Imagine my surprise when my client called me early Monday morning because he was so angry about the email I had written for him.

He berated me for using phrases such as “country under siege” and “systemic racism.”

He was furious that I had written an email that made it look like—and I quote here—he was “pandering to a minority.”

As he continued to yell at me, my heart sank.

In those three minutes of being berated, I learned something about him I had NO idea until that moment—he is a racist.

When he texted me on a Sunday night, asking me to write something for his customers, I very wrongly assumed he wanted to show his support to black lives.

I got the messaging completely wrong.

And, as this realization settled over me, I lost my temper.

I forgot my professionalism.

My decorum went out the window.

I called him out for his racism and I told him I was devastated he isn’t who I thought he was.

There might have also been some bad words thrown in there for good measure.

All I could see was red.

In the middle of my diatribe, he interrupted me and fired me.

He hung up on me.

And that was that.

Our Actions Must Be Deliberate

I could have handled it with more grace, for sure.

I said some things I now regret, even though they were true.

This is a hard story to tell because I’m in a position to be able say the things I did and also to be able to be fired by a client.

Yes, it hurts our revenue—and it totally sucks to now be down 80% in revenue since March 22—but I have control over who we work with and I recognize not all of you are in the same position.

In the Spin Sucks Community, we had a several-days-long conversation about how we handle messaging and communications around everything that is going on around us.

We’ve talked about how our role as marketers and communicators is to ensure no one is ignored—or worse.

We must be steadfast in our commitment to diversity, equality, and inclusion.

Our actions must be deliberate.

A member said, “I don’t need to know how my toilet paper company is standing up to inequality, but I do want to know the stance of almost every other company I do business with.”

How to Stand Up to Social Injustice

With another client, we are working through some of this messaging.

There are three things I’ve asked their leadership team to think about as we determine how the company will not just make a statement, but prove it with their actions:

These are challenging questions to answer—and I know not everyone will handle it the same way I would want to for my business.

But, just like we put social media policies in place, it’s important to do the same for social injustice and employee activism.

Hopefully the answers reflect the values of your organization.

If they do not, you’d better get there fast.

There is a crisis waiting to happen if you say you stand for diversity, equality, and inclusion and your website is full of old white men.

It sucks to lose a client during these trying times, even though I know we’re much better off without the racist client.

I am privileged enough to be able to quit at the same time as being fired.

And I am privileged enough to be able to go for a run and not be suspected of doing something bad.

I can be pulled over by police and cry my way out of a ticket (don’t think I haven’t done that more than once—even when I was driving 100 mph and fully deserved to be pulled out of my car and thrown against the hood).

I can go bird watching and not have the cops called on me.

My mom always told my siblings and me to remember who we are and what we stand for.

I will not be silent.

I stand for diversity, equality, and inclusion. I stand for black lives.