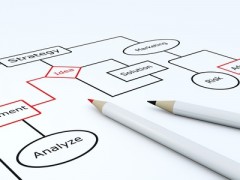 Many solopreneurs and independent business owners traded in their corporate benefits to pursue a more independent lifestyle.

While the independent business lifestyle can mean things like being able to set your own hours and work from wherever you want, it can also come at the price of perks such as health insurance.

Looking at the poll numbers, Americans generally support the concepts of the Affordable Care Act (ACA) because it makes health insurance more affordable and accessible for low-income Americans.

Yet there is one problem that especially affects solopreneurs and small business owners.

The subsidy amount is calculated based on the amount of income you estimate you will make in the upcoming year as part of the application process.

Solopreneurs and freelancers don’t always have a good way of forecasting future income.

You could end up bringing home far less than you anticipated — or far more.

The consequences for incorrect income projection vary whether your income grows or shrinks against projections in the following year.

The Individual Mandate: The Negative Side of the Affordable Care Act

Many cavalier solopreneurs opted out of having health insurance altogether, partially because costs could be very high for the self-employed. With the implementation of the ACA, you can still choose to not be covered but prepare to pay a hefty penalty for doing so.

In the year 2014, the penalty for not carrying insurance will be $95 per adult or one percent of income.

Take the penalty for a third year and be prepared to shell out $695 per adult or two and a half  percent of income.

Access to Essential Benefits: The Positive Side of the Affordable Care Act

To be sure, the thought of being financially penalized for choosing to not purchase health insurance might seem unfair. That penalty is in place to make sure people buy health insurance to maintain the system.

All insurance plans are federally required to provide essential medical benefits across 10 categories.

The medical services provided in these categories will vary from state to as each state is able to choose their own “benchmark plan,” a selection of benefits each state has mandated to be essential. These benefits are the minimum standards, which for many people are far better than the standards of coverage they were used to – none at all.

Refer to this list to find your state’s benchmark plan.

For the Independent Business

That’s all well and good for the solopreneurs, but what about the independent business owners?

The process described above largely applies to business owners as well. Eligibility for subsidies is still income-based.

The differences arise when you have people employed in your business. In addition to the individual mandate, the Affordable Care Act also has an employer mandate that takes effect starting in 2015.

It doesn’t apply to all businesses — only those who employ 50 or more people who work at least 30 hours a week.

If that is the case then you have to provide them with an affordable health insurance option or pay a big penalty of $2,000 per employee after the first 30 — or a minimum of $40,000.

How Will the ACA Work for You?

The Affordable Care Act has been nothing if not controversial on both sides of the political line since its implementation, and the controversy has been on the rise since the lackluster launch of the health insurance exchanges.

If you are shopping for new insurance as a small business owner or as a solopreneur, research your options fully.

Michael Cahill is the editor of the Vista Health Solutions blog. He writes about the healthcare system, the health insurance industry, and the Affordable Care Act. Follow him on Twitter at @VistaHealthMike.

View all posts by Michael Cahill