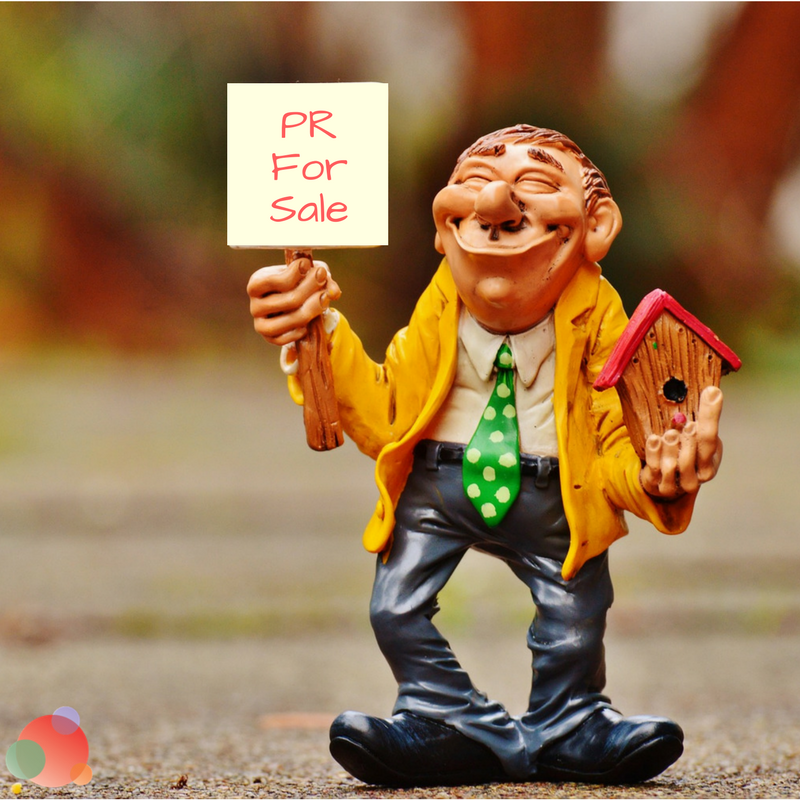 After I’d been at Fleishman-Hillard for a couple of years, I had three promotions under my belt and was already eyeing the corner office (some things never change).

Because I was so steadily climbing the corporate ladder, I was soon invited into new business meetings where my presentation skills were honed, I was taught to think on my feet, and I was forced to stop biting my fingernails.

But all of those new business meetings? They were put on by one of the partners and you had to be invited in. No one at my level ever hosted a prospect.

And then. My then mentor and now good friend, Ron Arp, came back from an executive team meeting and told a group of us we had to learn how to develop new business.

Of course, he didn’t use the word “sell” because he’s much better at consensus than that, but that’s what it was…we had to learn to sell.

What the heck did I know about selling? I am an English major and cut my teeth on the obituary and wedding announcements at the Omaha World-Herald during college. I was a communicator, on my way to being a client service pro.

Not only did I not know how to sell, all of my contacts were also in their 20s and 30s. They didn’t have decision-making power.

But, being the double type A, highly-competitive person I am, I convinced my supervisor to let me join PRSA and IABC and I started attending meetings and getting involved.

I began to network.

By golly, I was going to find a way to bring in some new business!

Ron did everything he could to bring us along. He bought us all copies of How to Win Friends and Influence People. He brought in speakers who gave us roadmaps on how to build relationships with people in order to get them to buy.

But it was all so foreign. It still didn’t make sense…this selling thing.

Over dinner one night, I was talking to my dear, dear friend Henry Gantz about this conundrum. I was doing so well at almost every part of my job, but failing at this new business thing.

A few days later he called me.

At the time, he was the president of The Catfish Institute and they ended up spending more than $1 million a year with us.

(Plus, it was the most fun I’ve had in my entire career. I mean, you try to make catfish cool. We had a blast!)

I was a freaking hero and all I had to do was talk to a friend, without even realizing they were looking for a PR firm. I put a germ of an idea in his head and he made it happen.

This selling thing is easy! It’s not suckering poor souls into buying or putting on a lot of pressure. It’s just doing business with friends.

Fast forward to today where a majority of my job is business development. I love the chase and bouncing around new ideas with prospects. I love introducing a new client to my team and gaining the results we proposed in the beginning.

But it has also changed with the digital web and this inbound marketing trend.

One of my favorite business books of 2017 (meaning, that’s when I read it, not necessarily when it was published) was The Conversion Code.

We are extraordinarily good at the first two and, until reading this book, I thought we were good at all three.

But he talks about using inside sales to close your inbound leads—and it makes a lot of sense.

We have a former client whom I adore. Last week, I spent a little time catching up with him. I wanted to see what he’s been up to since we stopped working together.

You see, the breakup wasn’t some big to-do. It happened because we helped him create an inbound marketing program that generated so many leads, he couldn’t keep up.

He wanted to use the budget he was paying us to hire an inside sales person.

Disappointing, sure. But it was next in his evolution of business and we had to step aside.

When he and I chatted last week, he told me the program we crafted for him still generates almost more leads than they can handle—but they now have eight (!!!) members on their inside sales team.

These people solely follow-up with people who land on their website and show interest in their software.

It’s a different kind of new business development than most of us are accustomed to doing, but it’s far more effective.

To Sell is Human

Everyone is responsible for new business development.

Many of us spend time on the social networks and represent both us and our organizations while we’re out there. We go to industry events and talk to old friends and new about what we do. We attend trade shows and Chamber of Commerce meetings and networking events and meet new people.

But if you don’t have a PESO model program that generates inbound leads for your organizations, you’re missing a big piece of the puzzle.

If you reach the point that an inside sales person or team has to join the organization because you’ve generated so many leads, you’ve won.

You are responsible for new business development—for generating leads. The work you do can be the difference between an organization exceeding its goals or not reaching them at all.

As Dan Pink says, “To sell is human.”

But if you think about it as inbound marketing instead of sales, you will get yourself out of your head and win. Every time.