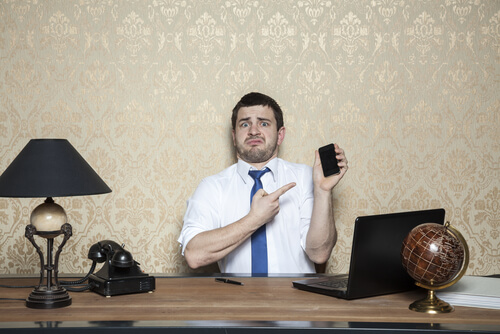 A few years ago, I was in San Diego visiting our (at the time) largest client.

I had worked extraordinarily hard to win this client. It was the first time we’d not only been named agency of record, but we had won the business away from a large, global PR firm.

It was quite a coup for us and I handled the client service myself.

At dinner that evening, the client told me he was unhappy with certain parts of our work. He loved the work *I* was doing, but not that of some of my team.

Frustrated, I asked some questions, got some feedback, and stored it away until I got back to my hotel that evening.

It was 1 a.m. in Chicago when I took the time to write an email about the areas where the client was unhappy and provided the feedback to my team.

And then I hit send and went to bed.

I finished my meetings, flew home, and went into the office. I was on the warpath and some heads were going to roll. I was not going to lose this business because of some amateur mistakes—my team knew better.

I Felt Better, But…

I was at my desk, checking my voicemail messages and waiting for my computer to boot up (I was on a PC at the time) when our managing director came into my office and closed the door.

What happened next was shocking to my 34-year-old self.

She told me I had essentially thrown a bomb into the office with that email and she was left to clean up the pieces. She said the younger members of our team were devastated; that they had been working incredibly hard and I had undone it all with one email.

She said it was in poor taste and horrible leadership to handle the communications that way versus waiting until I got back to have the conversation in person.

I remember exactly what she said next. She said, “I’ll bet you felt better because you got it off your chest.”

What I learned later is one of our younger professionals actually read the email at 1 a.m. and, panicked he was going to lose his job, called a colleague and the rest went downhill..

No one on the team slept that night and it was my fault.

Of course, I didn’t mean to cause that chain reaction, and certainly no one was going to lose their jobs. But I came from a large, global PR firm where communications were handled that way. It never occurred to me that conversations like that should never occur in email.

An Email Bomb is Bad

I’ll admit I was so angry that day, I saw red. How dare she come into my office and berate me that way?

But after I had time to process it all, I realized she was right. And, to this day, the only communication I have via email is for updates or to request things. It’s never for difficult conversations or to make decisions.

Unfortunately, not every leader has had a managing director put them in their place.

I was on the other side of the email just last week. A client threw a bomb into my inbox at 9:30 p.m. and I was up for the next three hours, dealing with it.

It wasn’t so important that it couldn’t wait until the next day, but the chief marketing officer was panicked that if she didn’t work until after midnight to get what he wanted, her day the following day would be miserable.

And, because of the relationship we have with her, I couldn’t just let her deal with it alone. We were in it together.

But it did remind me of that conversation all those years ago in my office that day: A good leader knows how to use the tools at his or her disposal appropriately.

(Total side note: This is why I love SendLater. It allows me to work after hours, but not send emails until the next day. This way, no one has the perception that I expect them to work after hours and I never risk sending an email bomb.)

When to Use Email

It’s certainly a lot easier to use email when you have to have a difficult conversation. It helps you avoid conflict. But it’s a sign of horrible leadership.

In fact, I wouldn’t even call it horrible leadership. It’s a sign that a manager can’t break into leadership.

There are certainly times you should use email:

When Not to Use Email

The list of when not to use email, on the other hand, is gigantic.

You should not use email:

It’s not easy to do. You’re busy. You’re running in a million different directions. Perhaps you won’t be able to have a live conversation for days.

That’s okay. You have the advantage of time on your side and a few days allows you to think through the conversation. By the time you have it, you’ll no longer be angry, which is better for everyone.

Really think about this the next time you want to use email. Ask yourself, “Does this need to be communicated right now and in this way or can it wait?”

Now the floor is yours. What experience do you have with emails that should have been conversations?