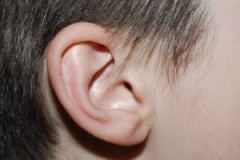 One of the last people I want to antagonize is Chris Brogan, but I’ve been thinking about this all week so here goes nothing.

On Monday, Chris had a blog post called “Bigger Ear Marketing for Authors.” In the post he extols wisdom about using Twitter and Foursquare searches to find people who are in bookstores. When found, he suggests tweeting those people to see if they can find your book in the store. And hence, a conversation is born.

Admittedly he says this approach doesn’t sell a few thousand books nor that it’s an efficient use of your time (I agree with both of those statements), but the problem I see is that 28 people in the comments section agreed with him. And, of those 28, I know some of them advise business leaders, not just published authors.

You guys. This is not a great idea, nor a great approach. We had the debate internally here. I said the same thing Scott Stratten said in the comments…that some people would think, “OMG! Chris Brogan just tweeted me!” And then they’d run to the business section, find his book, and tweet him a photo of them holding it up. Granted, that person may even buy his book.

But then our conversation turned to the financials of the time, effort, and sale of the books…which also can be related to the amount of time you spend with any sales effort.

The figure in sales is one percent for converting a cold customer. So, with this approach, you have to reach 100 people for every book (or product or service) you want to sell. Then you consider how much you make on each sale. Is it $5? Is it $10?

You track down 100 people through Foursquare and Twitter searches, you research them, and you send each of them a tweet. All to make $10.

I’m a prolific tweeter so I’d guess doing all of that would take me two hours. Maybe more. So I just made $5 an hour. And Chris has celebrity status so he probably makes $10 an hour because there will be a few people who will buy his book just because he tweeted them.

But most business leaders and even published authors are not prolific tweeters nor do they have celebrity status. Most aren’t even known in their industries yet and are busy not only trying to build a brand, but also pay the bills. Most would be lucky to net $2.50 an hour.

You tell me. Would you rather spend time “growing bigger ears” on something that will net you $10.00 or find something to do with your time that nets you $10,000?