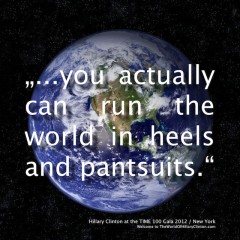 When Jeannie Walters and I get together, we solve all of the world’s problems, talk about empowerment for women, strategize toward Global Domination, and daydream about living on an island.

One topic that continues to come up during our conversations is how differently men and women act in the business world.

Case in point: If either of us are in a networking group, at a conference, or just sitting around with friends, we both notice how men have zero problem talking about their achievements or how awesome they are.

They can go on and on about the achievements they’ve had in life, in business, or even just that week.

They’ll talk about what they’re focused on for the next few weeks or months.

And it won’t come across as arrogant or bragging. It’s well-accepted that men can talk about how great they are without being jerks.

Boys are Awesome; Girls are Not

A few weeks ago, Nancy Lyons wrote a blog post on Medium called, “Our Girls, Ourselves.”

In it, she describes exactly what Jeannie and I experience in the business world, but among middle school children.

She talks about a situation where five students visited the Clockwork offices (a web design firm in Minneapolis, which Nancy co-founded) and, at the end of the tour, they were talking about some of the projects they’re working on.

One of the things they each do is contribute to a shared blog. In talking about the blog, the boys showed us some blog entries they’ve written and the girls showed us some photo-manipulation work they were doing. One of the boys had published a post about how awesome he was. As we were all checking it out, interesting banter started. The other young men started chiming in about how awesome they were and all the great things they were going to do when they grew up — ranging from being NBA stars to becoming CEO of Apple. And while they went back and forth, they reinforced each others awesomeness: One-upping, but also validating as they went.

Meanwhile, the young women sat quietly listening to the conversation unfold with slight grimaces on their faces. So I looked at the girls and asked them, one at a time, “Are you awesome?” The first girl was very tentative but finally replied “No.” To which I said, “Please don’t ever say that again. Of course you’re awesome. Of course you are.” Then I asked the other young woman whether she was awesome, and with an equal amount of tentativeness she eventually told me what I wanted to hear, “I’m not awesome, but I’m amazing.” Okay, I can take amazing.

She goes on to describe more of their conversation, including an imbalance of chores at home and how much the self-confidence of women dips during their teenaged years (particularly compared to young men).

It’s a sad look at how little progress we really have made in the empowerment of women…and it’s something Jeannie and I both experience daily with our beloved male counterparts.

But the moment we do that, other women scorn us.

We become braggarts or arrogant or selfish. We aren’t seen as awesome like the men who say and do the very same things.

This is the problem with empowerment of women.

It’s not that we don’t lean in or we’re bossy or we don’t negotiate.

Well, it is all of those things, but it’s deeper than that.

It’s that we judge one another when we do those things and when we dare talk about how great we are.

If you haven’t yet seen the Spin Sucks book speech I give, there is a story I tell about Mr. D and whisper campaigns.

You see, I joke that everyone likes Mr. D more than me. It’s half-true.

During my speech I talk about how, when we’re out, people are dying to know what’s going on with the latest election or who he thinks will run for President.

And I stand there looking cute, murmuring, “But I own a business. I wrote two books. I have a really fun blog with a great community. I’m a pretty fierce competitor on my bike.”

But that’s just it…I say it under my breath or in my head.

It would never occur to me to actually say those things when meeting someone new. In fact, I can already picture the look on women’s faces if I did do that.

The conversations we’re having right now – some that Sheryl Sandberg has started, whether you agree with her or not – are important, but they don’t get to the real root of the problem.

The real problem is we continue to allow men to act differently than we do … and we treat them differently when they do.

We have to be cognizant of our thoughts and behavior when a woman talks about how awesome they are.

We have to fight instinct and behave, act, and say things differently.

We have to train ourselves to support women and let them talk about their achievements without scorning them.

It’s ingrained in us from birth. It’s instinctual and it’s learned behavior.

But we have to fight instinct, we have to behave differently, and we have to teach the next generation to do the same.