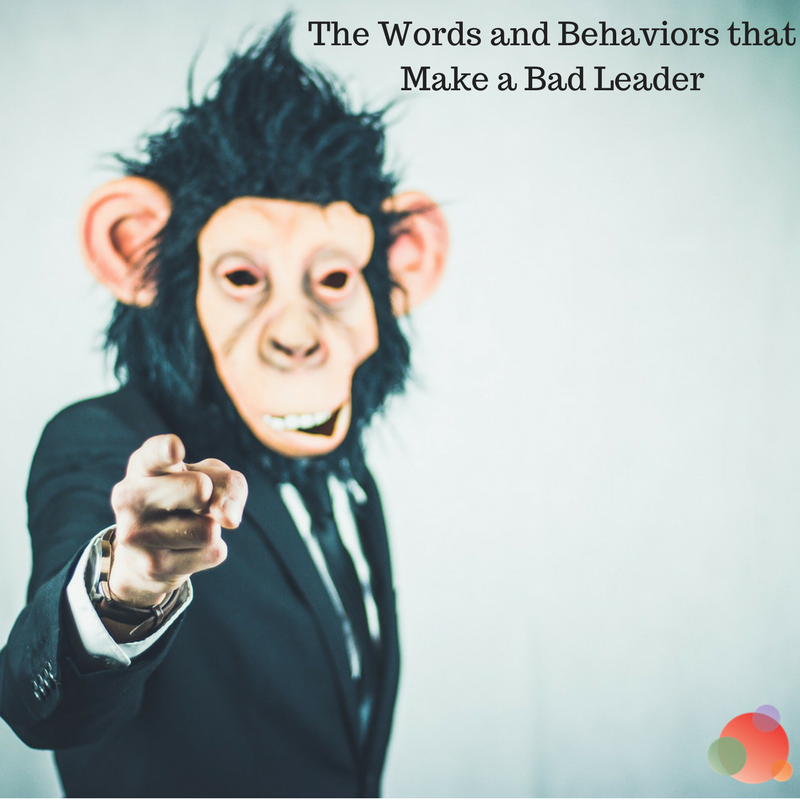 I’ve been fortunate in my career to work with some amazing leaders, both directly and from afar.

I’ve also worked with the best leadership coach in all of the land.

(And some of my leadership team has worked with him, as well.)

It is because of Randy Hall that I have learned how to behave, what to say (and what not to say), how to calm down before responding, and how to get the very best out of people.

And, because of Randy, I see certain things in other executives that makes me want to pull my hair out.

I want to yell:

Don’t you know you’re undermining yourself when you behave this way?

In fact, if you’re a client, you’ve heard this from me…even though I’m not your leadership coach.

There are some behaviors and words we all use that undermine our ability to communicate.

And it is my job to point that out. Hence, I become a communications leadership joy to be around.

But it’s not just me.

A few years ago, Lolly Daskal wrote an article titled Seven Fatal Phrases that Will Undermine Your Leadership.

You can read her entire article for context, but she highlights the following words and phrases:

I agree with all of those—and “literally” used incorrectly makes Laura Petrolino want to go postal (so I may or may not use it just to make her head literally explode….hahahaahaha).

There are a few of my own I’d like to add.

There also are certain behaviors that undermine leadership.

Some of them you can learn by watching, while others have to be taught.

Though these are leadership skills, they fold into communications because we’re giving off verbal and non-verbal cues when we say or behave these ways.

What words, phrases, or behaviors would you add to this list?