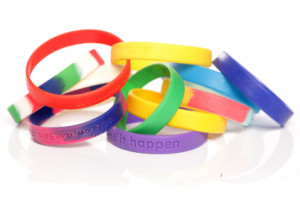 “I don’t know how other people do it. I won’t work with non-profit clients ever again!”

And so it begins: Another marketing pro frustrated by the way things work, and sometimes don’t, within the non-profit world.

We all have work we love, and work that we…love less.

I will never forget the woman who told me — not realizing I was the writer behind it — that a website she’d read made it easier for her family to accept and begin to manage the reality of a disease that was turning their lives upside down.

It’s that short line between words and affect that draws so many of us to cause-related marketing work.

But it’s not all hugs and fuzzy feelings. Even people who thrive in non-profit environments can understand frustrations such as stalled volunteer committees, layers of approvals, or that feeling of having “too many cooks in the kitchen.”

There are also peaks and valleys on both sides of this relationship. For people who move from for-profit to a non-profit environment, it can sometimes feel as if you’re speaking different languages — and something is getting lost in translation.

Understanding how my marketing colleague felt about her experience, I couldn’t help but wonder: What can we do to make life easier for ourselves and the organizations we work with?

Tag One Person to Be in Charge

There’s a reason so many people get involved in decision-making within non-profit organizations: There’s often no single person who deals with marketing and public relations issues. Instead, it might be a coordinated effort between the executive director and a fundraising person, managed by a volunteer committee, or even driven by the board of directors.

Brainstorming and collaboration are one thing, but “creating by committee” is enough to send anyone running for the hills. You need to know who’s in charge of the project, and limit the number of decision makers. One public relations colleague recently told me she will only accept projects when she will work directly with the executive director.

Beyond having one designated person in charge, be clear from the beginning about the decision-making process itself. On one project, I knew the lead was the executive director — but I failed to anticipate the status updates to multiple committees meant to keep everyone in the loop and increase buy-in.

We often create our own systems or processes that help get results; in fact, that process may be why you were brought in. There’s comfort in knowing that a professional has a proven history of getting organizations from Point A to Point B.

However, that doesn’t mean the amazing idea you have is the right fit for the organization, or that it matches what they see as success.

Does that sound a little counterintuitive? Before you lead organizations through the steps you believe they should take, ensure those steps are taking them in a direction that makes sense to them.

“Stop giving advice,” she said (and yes, she did spot the irony in this comment!). Advice, she noted, is what we would do if we were in their shoes — which we are not. Instead, she suggested, “listen for the wisdom in others, and help them see and tap into that wisdom.”

As much as you need to actively listen, at the end of the day you’re still the expert. Don’t be afraid to own that role when you need to.

I was on the non-profit side working with a consultant who’d been asking questions and listening for so long we began to suspect she was holding out on us! We felt stuck, turning in circles, because we weren’t sure of the “right answer” or the next step.

So, if things seem to stall, don’t be afraid to guide the project forward. Non-profit marketing and fundraising consultant Susan Detwiler says it’s up to you to highlight relationships between what the organization is saying and how it supports the goal. “It’s not your answer, it’s the organization’s answer. But you’re the one who heard them say it.”

What else do you think we can do to help foster productive relationships between communicators and cause-related groups?

Amy Sept is the consultant and writer behind Nimbyist Communications. She combines her natural geekiness with more than a decade of professional communications experience to help non-profits and small businesses build their reputations in print and online.

View all posts by Amy Sept