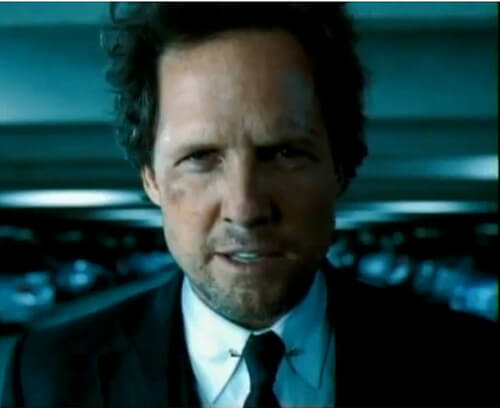 It’s a trap we all have fallen into. Give us a fun B2C client, or innovative B2B campaign and we are all a flutter with ideas, different angles, counter perspectives, ways to take the message and make it click with our target audience.

We come up with a flurry of creative marketing ideas and aren’t afraid to think outside the box and flip things inside out.

And then we come upon a client who has a difficult message they have to get across, a not so exciting product or service, or maybe deals with one of those topics that often causes people to run in the opposite direction (death, accident, injury, misfortune, financial struggles….things in life we don’t want to deal with, but must), and we shut down.

All the sudden our creative marketing ideas become…well, not creative, and we get trapped only seeing things from a very traditional perspective.

Which I imagine is exactly what a campaign personified would say, all while pounding his fist on his chest (why my personification of marketing campaigns resembles a cast member of Jersey Shore is probably a topic best left unaddressed).

In the past we’ve talked about reverse message strategy, and how to use it to approach difficult topics from a new angle. We’ve also looked at campaigns such as Bob the House, or the City of Portland, that bring a new voice and sparkle to often dull topics.

Today I’m going to take at Allstate and their number one man: Mayhem.

Many of you might be familiar with Mayhem, the fictional spokesperson for Allstate, who has served as the brand’s case study of the need for insurance since 2010.

While this creative marketing campaign initially faced some flack due to “fear-mongering” tactics, the light-hearted voice and nature of Mayhem cushions that into much more of a relatable, “oh crap, things happen, might as well be prepared” feeling.

In fact, in many ways, Mayhem allows the brand to discuss the often scary topics we tend to want to turn away from—things the proper insurance coverage can support you through—by shifting the tone of the discussion.

Mayhem’s relatability and endless quotables caught on quickly after his debut and the character took on a life of his own beyond the brand. After the first two fiscal quarters of the Mayhem campaign, Allstate saw nearly a five percent increase in sales, taking in $7.9 billion .

The campaign is fulling integrated, it’s on all of the social channels, on the Allstate website and promotional materials, in commercials, and discussed in media outreach.

Because most of the commercial spots plays during major events (think Superbowl, National Championship Game, College Football Playoff games) the Mayhem character takes advantage of a captivated audience and tweets people during events (both for engagement and to reinforce the the campaign theme “Mayhem is everywhere”).

Mayhem Stays on Top of the Trends

Allstate does an excellent job in keeping Mayhem involved in top trending news and themes.

The well-designed campaign showed Mayhem breaking into the home of a couple who was attending the Sugar Bowl (the couple was given an all-expense paid trip to the game) and place more than 300 of their household items on sale.

Like really…on sale. Well, not the couples actual items, but representations of them. The sale was housed on a special campaign website which went live during the game for anyone to buy.

The brand used their social accounts (primarily Twitter and Facebook), along with the hashtag #MayhemSale, to engage with people during the game and to promote each individual sale item.

In 2013, the brand began to crowdsource ads and ask fans to vote for which commercials they wanted to see make the airwaves. This year they once again jumped upon a major trend—DIY—and created an integrated creative marketing campaign which pulled in actual DIY disasters and asked viewers to vote on their favorite to become a feature ad.

The intent of the Mayhem DIY campaign is to remind consumers of the importance of homeowner protection, especially if they have a case of the “do it yourself-er,” a growing (and often disaster-filled trend).

Allstate released ads which highlighted the different featured DIYer stories, as well as two ads that explain the campaign itself.

The ads were first broadcast during the 2015 Chick-fil-A Peach Bowl (which is where I first saw them and went down the Mayhem rabbit hole—resulting in this post), The Goodyear Cotton Bowl Classic, and the Capital One Orange Bowl.

The public was able to vote on MayhemDIY.com or on Twitter for which DIY story they wanted to see in full-length during the National Championship Game. All fans who participated were also entered into a sweepstakes to win tools and a grand prize of $25,000 to Lowe’s.

Creative Marketing: What Mayhem Means for You

What can you take away from our friend Mayhem for your creative marketing efforts (without the huge budget of Allstate):