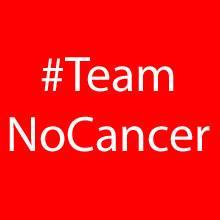 At first I thought it was a cult for long distance runners.

For those who don’t know, 12for12k was a bleeding-edge charity initiative created by Danny Brown to raise money for 12 different non-profit organizations during the course of a year.

That program, leveraging the Internet to raise money, had a great effect on me professionally and personally.

It may sound silly now, but “back then,” it was revolutionary.

This year, the Leukemia and Lymphoma Society (LLS) invited me to participate in their “Man/Woman of the Year” fundraising competition to help pay for research studies, and also support all of their activities that benefit the more than one million Americans currently fighting blood cancers.

The Man/Woman of the Year is a national program that usually features local happy hours, date auctions, and car washes. When strategizing my activations, I thought back to 12for12k… and thought big.

One of the major benefits of fundraising in a digital age is scalability. In order to scale, I had to think more like a publicist and less like a traditional fundraiser.

What’s in a Name?

In a system traditionally built around individuals, I wanted my team to be bigger than one person. I wanted it to be something everyone around the world could support, even if they have never met me.

It had to be digital-friendly, too, since that was one of the reasons LLS recruited me, and would be my primary outreach platform.

After lots of hours plotting and researching, #TeamNoCancer was born.

Fact: One person is diagnosed with blood cancers every four minutes.

While the Man/Woman of the Year program is national, local chapters facilitate the “competition.” Thus, most of the efforts have been concentrated in the home markets.

That model has successfully raised millions of dollars. but is somewhat antiquated in a digital age.

Most of the #TeamNoCancer leadership team is based in Washington, D.C., but it was critically important to have a West Coast voice, which lends credibility to our efforts to scale the campaign.

Fact: Leukemia is the most deadly form of cancer in people younger than 20 years old.

The right amplification can equate to credibility. And when making a campaign as big as possible, it has to be credible.

#TeamNoCancer was able to quickly engage three huge amplifiers that have given us the legs we need to be taken seriously.

And the momentum keeps building with more and more outlets interested in how we’re doing what we’re doing.

Fact: Blood cancers were expected to cause nine percent of all U.S. cancer-related fatalities in 2013.

Without conversions, scale is meaningless.

The “ask” part is really hard for me. My career (like most of you reading this) is built on motivating people to invest attention, column inches, blog posts, and tweets to my clients.

Asking people to donate money to a cause I’m supporting requires an entirely different mentality.

Please consider any and all of these six ways to help:

Let’s show LLS the digital world can work together to raise money, build awareness, and win!

Mike Schaffer is Edelman's Senior Vice President of Digital Corporate Reputation. He provides advisory services on external and internal communications for clients across sectors. Unsurprising to those that know him, he is a retired Bar Mitzvah DJ.

View all posts by Mike Schaffer