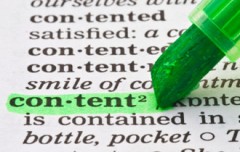 Every Christmas, all day, you can be sure Ralphie’s quest for the ultimate BB gun will be playing on repeat.

You can also be sure that soon after, blogs and social media streams will be full of New Year’s posts like these fictional, tongue-in-cheek examples from yours truly:

All joking aside, it can be hard to stand out from everyone else.

With so much talk about content reuse, we forget the underlying themes of that content can also be reused.

One way to get a steady flow of content marketing ideas is to make seasonal content evergreen.

Seasonal content is built from emotions and sentiments relevant enough to show up year-after-year, even to the point of being cliché. Evergreen content never goes out of style.

If you hit on something powerful, why limit it?

The same appeal behind seasonal content can work just as well – or even more powerfully – when published out of season.

With Valentine’s Day on the horizon, let’s look at this concept done successfully.

From the Big Screen to Forensic Sketches

Dove Soap is right there in the crowd of seasonal Valentine’s Day messaging. The appeal of taking a pause from the daily grind to reflect on the beautiful people around us and let them know they are appreciated is at the core of Valentine’s Day. In 2012, Dove stepped into the daily grind in more ways than one and helped people not only to remember, but to put this truth into action.

An interactive campaign at Victoria Station in London ran the entire week of Valentine’s Day. Busy commuters saw messages on the station’s large Transvision screen with questions inviting them to reflect on the beautiful women in their lives. Commuters were able to tweet or text their answers to each daily question on the screen such as “Who is the most beautiful woman in your life?” or “What makes you feel beautiful?”

The answers were then displayed on the screen for the 350,000 daily commuters to see. When the big day arrived, brand ambassadors handed out gifts related to the questions on-screen and tulips for commuters to give to someone special in their lives. The campaign was a success because it captured the seasonal message of Valentine’s Day, and brought it to people in meaningful ways through digital media and in-person representation.

It would be easy to celebrate the success and call it a wrap, but Dove realizes that “everyone has beauty and deserves a moment of appreciation” is also an evergreen content theme. A year after the successful London campaign, this evergreen theme was alive and well through creative out of season campaigns.

Enter “Real Beauty Sketches” which showed women they are more beautiful than they think.

The campaign used an FBI sketch artist to create portraits of women based on their self description; next, the artist created a second portrait from how other people described each woman.

The self-portraits were far less flattering, and the women had very emotional reactions when shown how they were really seen by others.

True love and beauty come from within, but sometimes people need their appearance validated, too.

Job well done, and fantastic use of personalized multimedia experiences.

Look at the common messages, and clichés, and write them down.

Next, brainstorm how the appealing theme behind each message can be put to use at other times in your content schedule.

This year, I wrote down the common headlines and ideas I saw for New Year’s related posts.

How could they be used at other times of the year with good effect?

Here are a few to get you started:

“Things you should know for…”

“How to reboot your…”

I’d love to see your comments. What are some of your thoughts, ideas, doubts, and, yes, even criticisms?

Patrick works with LinguaLinx, a global marketing company, to help corporations and government agencies create useful content for audiences at home and abroad. He is passionate about helping people from other cultures who speak different languages connect with each other in meaningful ways. His posts are also featured on Content Marketing Institute and B2Consumer.

View all posts by Patrick Hayslett