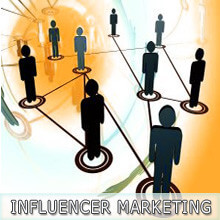 Too often these days, I see PR that screams of automation.

News releases that are blasted out to everyone in the known universe in the hopes someone – anyone – will listen.

It lacks heart, and it lacks the foundation of what PR truly should be about: Building relationships.

But there’s a savior on the horizon, and its name is influencer marketing.

By building solid, genuine relationships with the right influencers, PR professionals can reach thousands more potential eyeballs with their message than they can hope to reach with an automated news release blast.

Because there is trust between the brand, its influencers, and their audiences, that message will be received with interest rather than a deaf ear.

A Fashion-Savvy Network Of Influencers

People StyleWatch worked with influencer marketing firm BRANDERATI recently to put together the Style Hunters network – an exclusive influencer network that leverages the passion of the fashion-savvy to connect brands with their audience.

Their campaign was so successful it won them a spot in the 2013 Top 10 Influencer Marketing Awards.

Just 1,000 loyal StyleWatch members were invited to the Style Hunters network, where they were given access to exclusive content, deals, product samples, and more.

The members were culled from a long list of more than 13,000 potential candidates, chosen for their ability to influence – and this strategy generated more traction for People StyleWatch than any generic media campaign ever could.

These brand ambassadors consistently share content from Style Hunters and its advertisers on their social networks, with campaigns averaging an exposure rate in the seven figures.

BRANDERATI did at least two things right when forming the Style Hunter network: They kept it small and they invited the right people to join.

They used robust metrics, social profiling, and survey data to identify the best-of-the-best in the world of fashion. And because they knew who to target, they got the most bang for their client’s buck in terms of audience engagement: These 1,000 influencers sway the hearts and minds of tens of millions.

One thing marketers need to remember about influencer campaigns is you’re working with people. People who are not living versions of paid media – they aren’t there to be “used” for impressions or clicks.

Marketing and PR professionals need to be mindful they are not journalists churning out several posts each day. They write about what inspires them, build relationships with their audience and look for opportunities to deliver value to them.

Influencers need to know that your agency or brand cares about them: Style Hunters does this by offering exclusive content, fashion insights, and product offers. They need to be given the opportunity to share their genuine experiences and opinions, and use their voice to reach out to their audience – with your message.

BRANDERATI co-founder and CMO Ekaterina Walter explains how they treat the members of the Style Hunters network:

By focusing on listening to our StyleHunters, by encouraging them to voice their opinions about our content – even giving them the tools to remix and personalize the content – we are able to create much greater impact than simply asking them to push content out on our behalf and gather much deeper insights.

Of course, just because you’re building relationships doesn’t mean you leave hard data out of the process. You have to show your client or the higher-ups that influencer marketing is producing results.

BRANDERATI pays close attention to several metrics before, during, and after an advertiser’s campaign on the Style Hunter network. They look for things such as reach and exposure, and they drill down to look at specific pieces of content that were successful.

Just 150 products resulted in six million impressions in a single month, via hundreds of social actions and blog posts.

And the team didn’t stop there: They analyzed the overall sentiment of these social actions to discover that the majority consisted of favorable product opinions and reviews. Because of this data, People StyleWatch now knows which influencers are generating the most buzz.

Building relationships should be at the forefront of every PR professional and marketer’s mind, and the increasingly progressive brands and agencies that are embracing influencer marketing understand this. By putting in the effort to identify and engage with your main influencers, you can put the “relations” back in public relations.

Mark Fidelman provides an insider's view of the modern business world based on his years of experience working as an executive and consultant within the Global 3000. He is the CEO for influencer marketing network Raynforest Inc, and the author of Socialized!

View all posts by Mark Fidelman