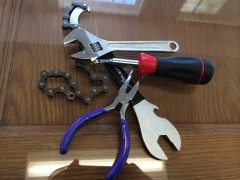 Some years ago, I befriended a business leader while serving as publisher of a couple of newspapers in Texas.

He was an older gentleman who owned a successful retail chain that actually expanded during the height of the recession.

About 18 months ago, we were chatting on the phone, and he had a tremendous, curse-laden complaint about social media professionals.

Part of it was that nobody wears a suit, and he prematurely ended a couple of presentations where the social media expert showed up to pitch him for business in blue jeans.

His biggest concern was people weren’t listening to him.

He told me he could prove about 40 percent of his business came to him via print advertising, and another 40 percent came via television advertising.

He said he gave the social media firms this research in their information packets.

Then he dropped the two-part question.

“Why would they tell me to drop all print? And, when I ask them if I do that, are they going to pick up the $4.5 million in sales we’d lose, why do they look at me like I’m nuts?”

There’s Nothing Wrong with Telemarketing

Yes, I said it. But with a caveat.

Telemarketing is often viewed as the lowest rung of the marketing ladder, but it does actually have its uses. In the newspaper world, it is a very powerful tool, in terms of retention rates. There are other industries for whom telemarketing yields strong results.

They wouldn’t keep investing in it if it didn’t work. Telemarketing is a victim of a media prejudice.

On Facebook, I was taken to task after I wrote a blog post here that talked about how a street hawker got our attention while vacationing in New York. The problem the critic couldn’t address was the simple fact that the street hawker was effective.

And so is telemarketing, in certain scenarios, and for certain products and services.

The Right Tool for the Job

Here’s my approach to everything from social media to pay-per-click to print advertising, and anything in between. They are merely tools. For each job, there is a right tool, ok tools, and then there are the wrong tools.

A while back, I changed the faucet in our kitchen sink. It wasn’t terribly difficult, but there were a few challenges, not the least of which was reaching the bolt with my regular wrenches.

Sometime later at Home Depot, I saw what they call a basin wrench. I said a few things not appropriate for Spin Sucks, and thought “that sure would have been useful.”

That’s the thing. I changed the faucet with tools I had around the house. It worked fine, but were they the best tools for the job? Of course not.

Direct mail may work great, but is it better, more efficient or more cost effective than an email campaign? Or vice versa? These questions cannot be answered at this moment without more data.

But what we do know is direct mail and email marketing both work. What we have to do is determine which is the best tool.

Questions in Seek of Answers

You have to think about the goal of your marketing efforts.

As I work on new business development, I’m struck by how many companies have no goals (and I’m not just talking marketing goals). You have to know what you are building before you can think about what tools you need.

Who is your audience? Where do they live and work? Do they go to church? Do they have little children, grown children, any children? What’s their income and education level?

You need to paint a great picture of who your audience is.

Now look at the tools. Are you looking to drive direct sales to retirees? If so, print may be the way to go.

The point is, each audience and each goal have a set of tools that work best in each scenario. That’s what you want to sniff out, and you do that by asking a lot of questions.

I came to work for Gini Dietrich for a couple of reasons. One of the things that influenced my decision was the fact that I’ve never heard her say, “this is the only way to do this.”

She talks a lot about integrated approaches, and ultimately that is likely what you need. Your paid, earned, shared, and owned media efforts have to combine and work together to maximize your reach.

That means some social, some blogging, some traditional media relations, and some paid advertising. However, there are multiple tools within each of these categories. Some are right and some are wrong — for you.

You can drive a nail into a board with a pipe wrench, but you should really use a hammer.

Direct mail, street hawkers, door-to-door sales, social media, email, pay-per-click, and so on, are all tools that should be used if they are right for the job.

The problem is there are a lot of people out there who hate street hawkers. They think telemarketing is a waste of money, and print is dead. They think social can’t be used for B2B, and email marketing is just spammy.

Don’t be one of those. Keep an open mind, and find the right tool for the job. Don’t wind up trying to drive nails with pipe wrenches.