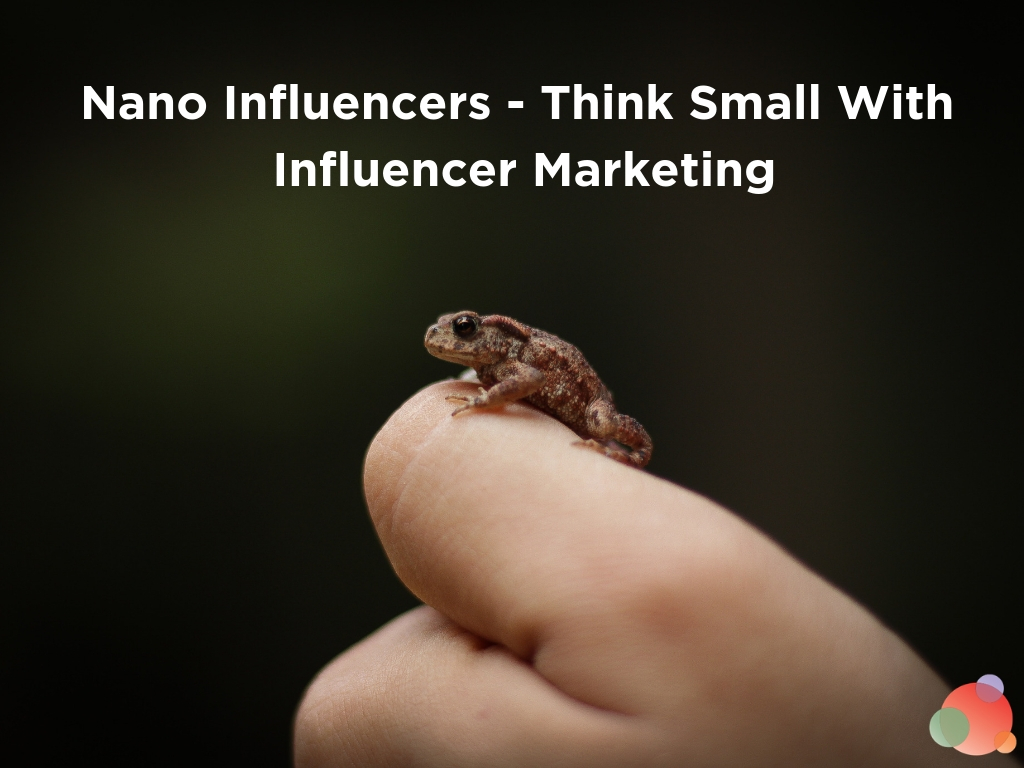 Over the last few months, our team at Talkwalker has extensively researched what’s happening in influencer marketing across the world, with input from over 800 communication and PR specialists.

This all culminated in our Global State of Influencer Marketing Report 2019.

And a clear opportunity has arisen.

A chance for brands to increase their influencer outreach, potential engagement, and ultimately, without increasing their expenditure.

It seems so simple. And yet, it appears not everyone has discovered it yet.

It’s time for your brands to make a 180 turn, and focus on micro and nano influencers, the next generation of influencer marketing.

Ok. Let’s look at the numbers. 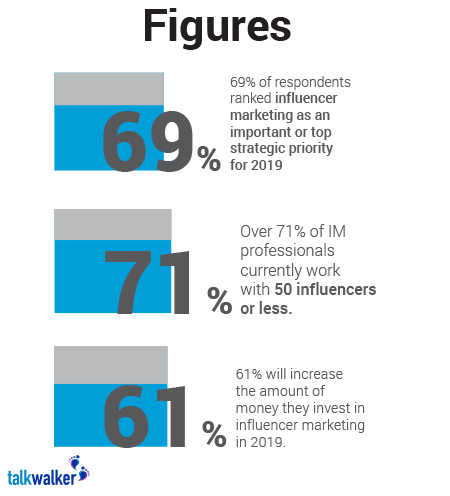 The big reveal from our report was that influencer marketing was deemed important or a top strategic priority by 69 percent of the professionals we interviewed.

But here’s the revelation:

Seventy-one percent of these individuals use 50 or fewer influencers.

And that’s where the opportunity lies.

Brands should be working with significantly more influencers.

Let’s take a look at the historic state of influencer marketing.

When it comes to considering influencers, we can quickly imagine a specific type.

Someone with a huge social media presence (maybe even a celebrity), with an audience in the millions, who charges a wad of money for one simple, sponsored post.

Because, hey, that’s the only influencer channel, right?

This outdated concept of who is defined as an influencer is impacting the influencer market.

You need to broaden your spectrum and look at influencers with smaller numbers.

And then you can reach big.

Let’s consider the state of the industry right now.

There isn’t a set formula here.

If we’re talking about macro or celebrity influencers, you could be looking at $10k plus.

That’s why we need to look more towards smaller and smaller influencers.

They’re people who are good at social media, and have created a niche audience that understands the topics they want to discuss.

Yes, their communities are maybe one percent the size of macro influencers or celebs.

But you’re looking at about one percent of the cost too.

At such low levels, some may even be happy to promote your brand in exchange for free products.

How Do More Influencers Help?

So, at this point, the math may not add up.

That just sounds like a lot more work, but no extra benefit.

However, that’s where the power of nano and micro influencers comes in.

Remember those niche audiences these influencers have built?

They’re significantly more engaged and interested than the audiences of the big influencers.

According to a recent Digiday survey, nano Instagram influencers were able to engage up to 8.7 percent of their audience.

So nanos can give you over five times the engagement rate of celebrities.

That’s where the secret of nano influencers lies.

For similar budgets, you can get similar audience figures.

But that audience is five times more interested in what your influencer has to say.

And There’s Even More…

Remember, these are your niche industry experts.

The people leading the conversations you want to be part of.

And they’re finding new, innovative ways to build their audience.

These are the people your consumers listen to.

The Experticity micro influencer report discovered 82 percent of consumers are “highly likely” to follow a recommendation made by a micro/nano influencer.

Compared to 73 percent for an average person.

They also noted that these influencers were typically perceived as being more credible, more knowledgeable, and more capable of explaining how a product works, than an average person.

They’re powerful people, and you need to rethink your influencer strategy to incorporate them.

Before you go off and grab the first 500 nanos you can find, don’t forget about relevancy.

One of the reasons these nano influencers have such tremendous impact, is because of how relevant they are to their audience.

These nanos talk about what their audience wants to listen to.

That means, to get that maximum engagement, you need to be in that conversation.

You need to be relevant to that influencer, and that audience.

It will mean more research, and more effective influencer monitoring, but that’s where the value lies.

And with that extra effort, you can make micro-influencers part of your communications mix.

Saying that, relevancy is a two-way street.

As these nanos know their audiences so well, you won’t find the fickleness that has marred the celebrity influencer levels.

Don’t expect to see your brand promoted one day, and a health shake fad the next.

(Unless that nano is a health shake expert.)

Small is the New Big

Influencer marketing is a fascinating industry, and I’m excited to see how it will continue to develop in the coming years.

Whether brands will truly embrace nano influencers for the potential they hold, is yet to be seen.

But I would predict in our next State of Influencer Marketing Report, we’ll see brands use increasing numbers of influencers in their campaigns.

And reaping the ROI because of it.

It’ll be a tough journey.

And some extra work will be needed.

But it looks like 2019 will be the year influencer marketing changes — for the better.

And it’ll all be because of the little guys.

Have you worked with micro or nano influencers? What’s your experience been? Share your thoughts in the comments.

Photo by Sergiu Nista on Unsplash