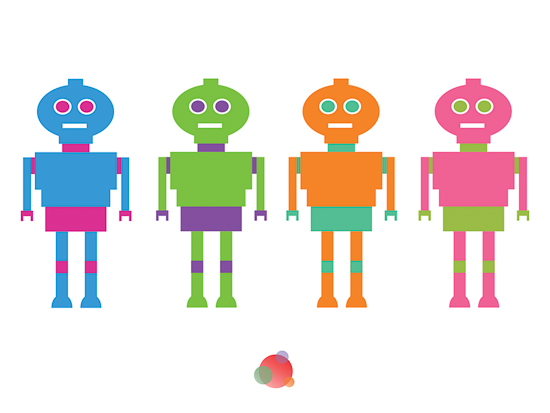 “Don’t believe everything you read on the internet,” Abraham Lincoln once said.

I know, I know—Honest Abe didn’t say that.

But online deceit is rarely so easy to spot, and rarely is it so benign.

That’s to say nothing of the armies of Russian Twitter bots that put their digital fingers on the scale during the U.S. presidential election (and, in fact, continue to influence American politics).

Believe it or not, internet traffic today is mostly bots, and that’s a major problem for brand marketers.

Brands know word–of–mouth and social proof are two of the most powerful marketing tools at their disposal, and they’re increasingly using online influencers to promote their brands.

The reality, however, is that many of those online influencers are using bots to inflate their reach.

Back in 2014, it expelled millions of bots from its network.

Still, the social platform couldn’t get rid of them all.

Today, about 7.8 percent of its accounts are thought to be algorithms mimicking human users.

If your brand is working with online influencers, how can you tell whether someone has real influence?

The bulletproof way is to manually review each account that follows the influencers, but that’s virtually impossible.

As a proxy, look for large spikes in follower growth at particular time points, and spot-check those accounts.

Large drop-offs in followers during short periods of time can also indicate a bot-supported influencer.

Reviewing thousands, if not millions, of accounts takes time—more time than busy marketers have to burn.

There is, however, a more practical way to audit prospective online influencers.

If most of the listed accounts have no profile pictures, very few followers themselves, or scarcely any posted photos, then there’s a good chance they’re fake.

Does the influencer have a large number of followers, yet receives little engagement?

As a general rule, avoid working with online influencers whose followers are relatively unengaged.

Even if they’re not bots, such a partnership probably won’t offer much bang for your buck.

When time is short, speed up the review process with an app such as FollowerCheck.

It won’t identify bots with 100 percent accuracy, but in my experience, it’ll get it right most of the time.

For digital marketers, the reality is that bots aren’t going away.

In fact, they’re probably going to become even more difficult to identify.

The good news is that brand marketers will wise up, too.

More and more brands are engaging microinfluencers—accounts with fewer than 50,000 followers—because they not only drive more engagement among their followers, they create communities that rely less on bots.

Another approach a brand may take is offering performance incentives that diminish payoffs for bot-ridden influencers.

Bots may still get an influencer through the door, but they won’t get much further.

If you use online influencers, be sure they hold real influence with real people.

Anything else is wasting money—no ifs, ands, or bots about it.

Paul Johnson is the head of operations and co-founder of Lumanu, a marketing platform that simplifies the messy process of reaching customers via organic digital content. Lumanu’s SaaS helps marketers manage microinfluencer campaigns and tap into the power of social proof

View all posts by Paul Johnson