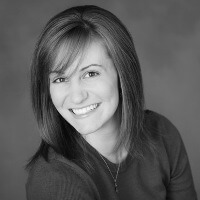 Early last month, I heard some conversations on Twitter about a cause called Spirit Day, which would take place on Wednesday, Oct. 20.

The idea behind Spirit Day, first created by teenager Brittany McMillan earlier this month…can be summed up in three words: Everyone Rally Together.

It’s…a way to show the hundreds of thousands of LGBT youth who face…pressures and bullying that there is a vast community of people who support them.

As one of the event’s Facebook pages says: “This event is not a seminar nor is it a rally. There is NO meeting place. All you have to do is wear purple.”

I wore purple that day. I even blogged about it.

A ton of celebrities were behind the cause. The effort stemmed directly from tragic current events that have been covered heavily by the national media. The whole thing is pretty ironclad, from the meaning behind the color to the targeted message of support and solidarity.

But a lot of people didn’t get the memo. My mother, a bunch of like-minded people on Facebook, even my very compassionate therapist had never even heard about it — and they would have supported the cause whole-heartedly. I’m lucky to be connected with a diverse group of people through Facebook and Twitter, so I take my heightened awareness for granted.

Maybe this is a case of good idea, bad execution: One of my Facebook contacts, a marketer and designer, said he found it to be watered down and contrived. “Why not wear something rainbow colored?” he asked. “It’s what LGBT folks identify with.”

Would a rainbow have been more effective? (I think not; this is about solidarity and support, not Gay Pride.)

The red ribbon to support AIDS awareness took off in the ’90s, when Paul Jabara founded the Red Ribbon Foundation shortly before he died of AIDS himself in 1992. The pink ribbon for breast cancer awareness was born after the Komen Foundation handed out pink visors to walkers at its Race for the Cure event in 1990; in 1992, Self magazine teamed up with Estée Lauder to hand out pink ribbons at makeup counters around the country.

Those colors were assigned arbitrarily.

Could Spirit Day organizers have come up with something simpler and more widespread, like rainbow ribbons handed out at Starbucks locations nationwide?

Is Spirit Day different from other causes like AIDS awareness and breast cancer awareness because homosexuality isn’t a disease at all (to most) but an incredibly divisive issue that’s both political and highly emotional?

Is it just one more color-coded cause — one too many? — in a cause community jam-packed with various awareness ribbons?

Or will it just take time to catch on? Rome wasn’t built in a day. For a cause as important as this, maybe we need to be patient and let support build more organically.

If you were the organization behind Spirit Day, what would you have done differently?

Paige Worthy — yes, that’s her real name — is a Chicago-based freelance writer and editor. (Hire her!) She can also be found blogging about life’s simplicity, love’s complexity, the richness of food, and the brokeness of full-time freelance work.