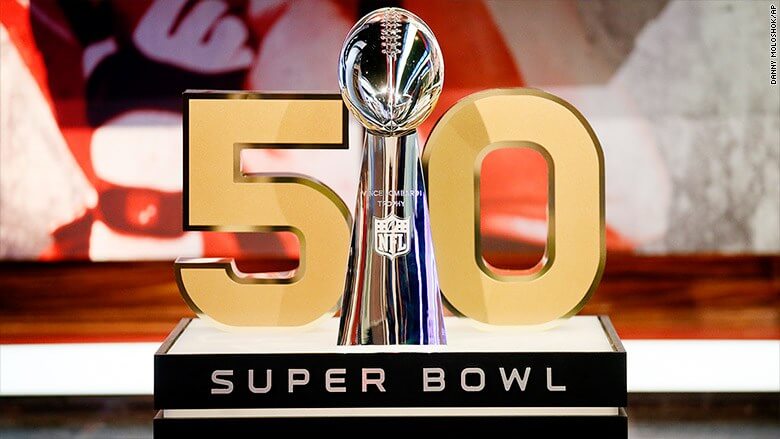 Let’s talk about the Super Bowl ads, shall we?

I really loved Steve Randazzo’s blog post here yesterday about the same topic. In it, he describes how much money a company spends to have a 30 second spot air during the big game.

But (and I’m sure this won’t come as a surprise), what I liked most is his assessment of how not a single company has ever made that money back in sales.

And yet…here we are in 2016 using that as the gold standard for advertising.

But that does not increase sales.

So let’s talk about the three best Super Bowl ads and the pros and cons of each.

My favorite was the Turbo Tax commercial with Anthony Hopkins where he talks about never being a sellout to a brand.

…While holding a coffee cup with the Turbo Tax logo and calling to his dog named Turbo Tax.

I loved that it played to the criticism marketers have (myself included) about brands not being authentic or using celebrities just to boost their image.

That said, I know Anthony Hopkins does not use Turbo Tax so there still is some work to do (why not find an up-and-coming celebrity who does use it?), but it was an entertaining Super Bowl ad.

Helen Mirren does a Super Bowl ad for Budweiser about drunk driving.

She says, “If you drive drunk, you are a short-sighted, utterly useless, oxygen-wasting human form of pollution. A Darwin-award deserving selfish coward.”

And somehow you feel more chastised than if it were your mom saying it.

You can almost believe she is supporting MADD, but then realize it’s a Budweiser commercial and it isn’t quite the same.

While an entertaining ad—and certainly very powerful—it’s not going to sell more beer.

Now, if their goal is to raise awareness and get people to designate a driver, I can see it working.

You do feel guilty when you hear Helen’s voice in your head telling you not to drive drunk.

From what I understand, Doritos (as in years past) crowdsourced their Super Bowl ad this year and it was H-I-larious.

I’ll admit to giggling out loud the first time I saw it, while Mr. D. looked at me like I was crazy.

I mean, a baby in the womb trying to get the chip? Very funny! It went a little over the edge toward the end, but the picture of it in the ultrasound was funny.

The downside of this ad is I imagine their target audience is 12-25 year old boys and, I don’t know about you, but I’m fairly certain none of them are really excited about being in the doctor’s office while their wife/girlfriend gets an ultrasound.

Closing in on 10 million views later, it did go viral and it has been around the globe, but you have to sell A LOT of bags of chips to make up for the Super Bowl spend.

If only 10 million people went out and bought a bag of Doritos. Not going to happen over here.

The net result is we are still doing things—with celebrities or crowdsourcing—for the wrong reasons.

In the cases of Turbo Tax and Budweiser, it’s not believable that those celebrities use those products. In the case of Doritos, they simply were trying to go viral (and viral they did go).

But, if all it does is get us to talk about and share the Super Bowl ads, they’re still not doing it right.

Imagine, instead, if you spent $6 million on the right influencer campaign with the people who truly used—and believed in your product—and you made $12 million from that work.

Sure, it’s a lot harder work and it takes a lot longer to produce a campaign like that than a 30 second Super Bowl ad, but think of the long-lasting effect…and all that extra money on the P&L sheet.

I’ll even give you that if I had the chance to hire Robert Downey, Jr. for a Super Bowl ad, it would be really, really hard for me to turn down.

But if it meant making my organization money instead of spending $6 million to meet him, I’d cry myself to sleep, but I’d make the hard decision.

What were your favorite Super Bowl ads? Let’s discuss the pros and cons of each.

How to Maintain Winning Marketing During Economic Adversity