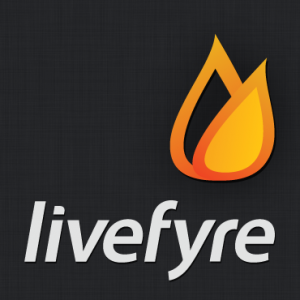 If you visit Spin Sucks often, you already know about Livefyre, the commenting system we’ve been using since September. It’s been in beta until last week and yesterday I received an email from CEO and founder, Jordan Kretchmer, that the rollout of the full launch is finished.

I was waiting until now to extol all the great things about Livefyre  so that, if you’re convinced, you can install the plugin.

A few of the features they want you to know:

I love all of the features listed above, but what I love more is the ability to create an engaged community.

Since we began using the system six months ago, we’ve found:

Of course, not all of this is due to Livefyre (I’d like to think the content has something to do with it), but it gives you a measurable look at how it works.

But what I really, really love? Tagging people in the comments and the ability to receive only ONE email for all of the comments. For instance, if you comment on this blog post and want to talk about one of your friends, you can tag them via one of your social networks by using the @ sign. And, if people leave a bunch of comments within one hour, Livefyre aggregates all of them into one email. I love that!

We’ve had to be patient during the beta testing: Some of you haven’t been able to comment, some have been told you can’t like a comment, and some of you haven’t been able to tag. Internet Explorer doesn’t seem to work, but Firefox works brilliantly. All of that seems to be minor because Jordan, Jenna Langer, Jeremy Hicks, and the rest of their team really listen and respond. I’ve never seen them get defensive to criticism, but I have seen them listen and make changes, based on our feedback.

So what are you waiting for? Install the plugin already!

P.S. If you’ve had experience with Livefyre (here, on your blog, or on another’s blog), I’d love to hear your feedback.