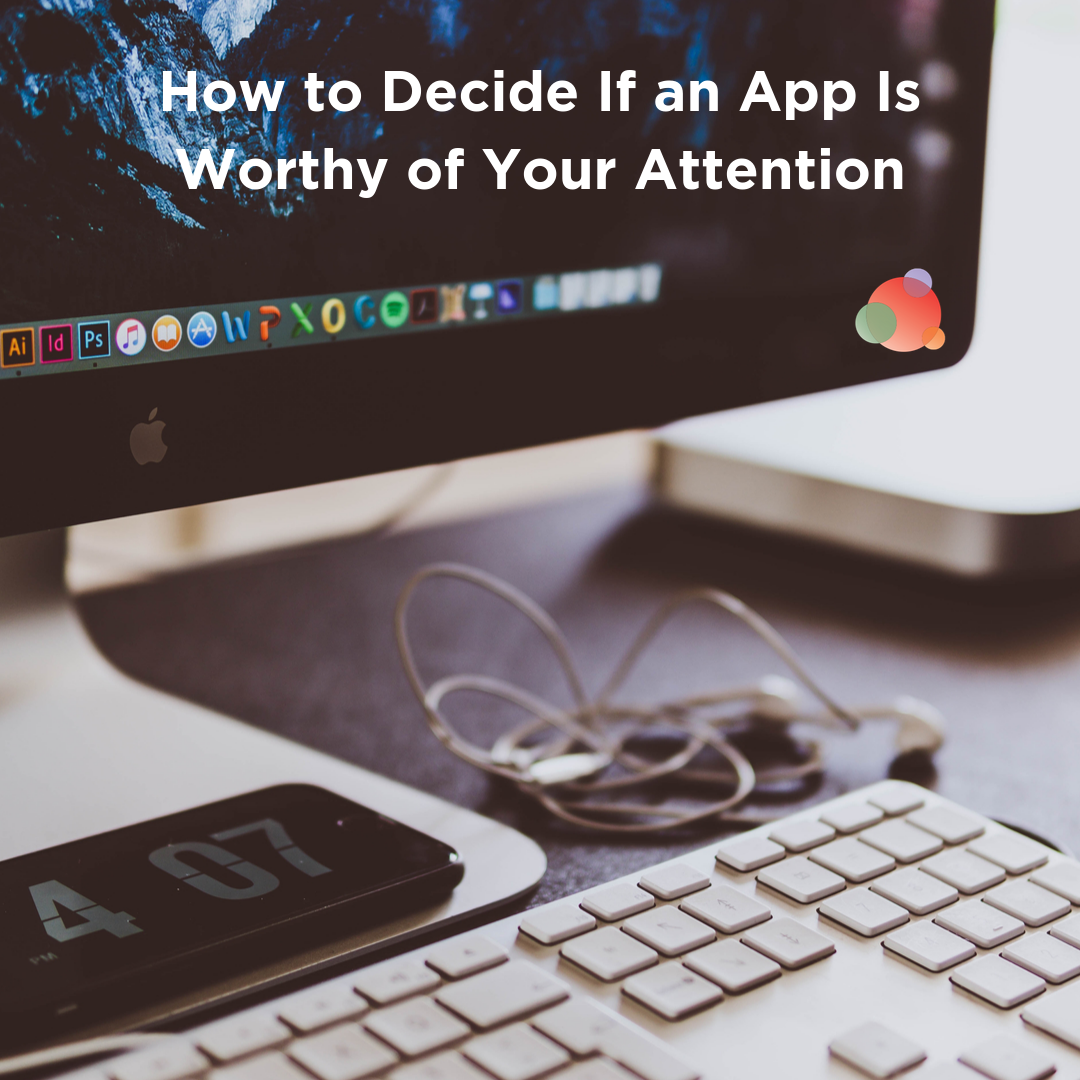 Did you know that there are nearly two and a half million apps available in the Google Play store, and another two million in the Apple App store?

There are a lot of apps.

Billions are downloaded every month.

There are apps for weight loss, apps for productivity, apps for picture taking and editing.

There are probably even apps for tracking the rate at which you lose your hair.

So, I’m guessing the last thing you want is another app, right?

Fair enough. But hear me out!

There are some quite useful apps that will make you change your mind about downloading one more thing.

These apps can help you get more done, enjoy life more, become happier, and connect with more people.

Let’s talk about them.

How many pages of apps do you have on your phone?

I have four—and I’m dying to get it cleaned up.

Because, let’s be real, I rarely look at the apps beyond the first half of the second page.

There are some really great apps, though.

I consistently use, well, I’d tell you exactly, but I can’t find my phone right this second.

There are a few I know off the top-of-my-head.

I use Procreate for crafting astonishing art that I could never do if not for an Apple pencil and an app.

The Kindle app is open on my iPad for at least an hour every day.

And I use Strava as if my life depends on it. Because it sort of does.

Strava is where I track all of my cycling miles and data and also where I can see who’s not working because they’re out riding 100 miles in the middle of the day.

You Win Some. You Lose Some.

Those are the apps that fit into my life and I use them regularly.

There also are lots (and lots) of apps I’ve tried that haven’t made it into my daily routine.

MyFitnessPal is one of those.

Even though it syncs with Strava and Apple Health, it was too much data for me.

I want to eat French fries and drink wine!

If I can’t do that, what’s the point in riding a gazillion miles a week?

(But not during the workday. I’ve never done that.)

What makes some apps work, and some just…fizzle out?

Why Use an App?

In a perfect world, an app solves a problem, makes something easier, or entertains you.

Some apps are billed to do exactly like, such as MyFitnessPal.

I’ve heard from lots and lots of you that MyFitnessPal and other calorie counter apps are extraordinarily effective.

Which just goes to show that some apps solve problems for some of us and not others.

Back in the day, we had Angry Birds and then Words With Friends to entertain us.

Sometimes they are great for a moment in time and then they fizzle out.

Snapchat was also like that for me. It was fun for a bit and then I stopped using it.

In reality, a lot of apps (you know, such as social media) can waste time, distract us, and even create FOMO and isolation.

With Snapchat and the games, I discovered I was wasting time on those instead of doing things I really wanted to do, such as read books or watch Netflix.

How to Decide If an App Is Worthy

So how do you decide which apps get the honor of hanging out on your phone?

I have three criteria, which probably applies for most of you, too.

Your personal criteria might be different than this and that’s cool.

The idea is to think about what you need from a new app, rather than just getting it because it’s pretty, or because all of your friends have it (I’m looking at you, Candy Crush).

(All of your colleagues having it is another issue and we’ll get to that shortly.)

Let’s look at each of these in more detail.

It Has to Solve a Problem

Ask yourself if the app you’re about to download solves a problem.

Also ask yourself—and be brutally honest about it—if it will solve a problem in the short-term but become a distraction longer-term.

If it looks like it will solve a problem, ask yourself if it will save you time.

If it can cut down the time you spend on a task, that is an additional benefit of it.

I have recently discovered Superhuman to help me achieve Inbox Zero every day.

It really does that. It’s the most impressive thing I’ve ever seen, to date.

In March, I took the social networks and email off my phone to see if it would cut down on my feeling, uh, a bit psychotic.

It forced me to be intentional about my social media time—and about when and how I respond to emails.

When the Superhuman guys suggested I download the app to my phone, I was hesitant at first.

But it’s solved a problem AND saved me even more time.

So it fit my first criteria.

Of course, there are situations where it may not solve a problem or save you time, but your company uses it so you have to download it.

In that case, you can ignore this criteria.

It Has to Be Intuitive and Easy-to-Use

“Easy-to-use” is a highly subjective term, sort of like judging in ice skating and gymnastics.

But there is an example of an app that has a high uptake rate, and is generally considered one of the easiest to use professional apps out there, and one of the loves of my life: Slack.

I had a conversation with a client last week and she asked me how I manage Slack.

I acknowledged that it’s challenging to keep up with it all, but there are a few things you can do to make it one of the most effective apps you use.

Lots of people use Slack in their browser and that will definitely make it more challenging to keep up with it all.

So download the app to both your phone and your desktop.

Doing that will make it significantly easier.

Then, change your notifications.

You can customize the crap out of those, so do it.

I only get notifications when I am tagged and then only in Slack, not in email.

Those two things will make it work specific to your needs.

We’ve talked about a new app needing to solve a problem, and be easy enough to use so you can avoid throwing your phone against the wall.

Now let’s talk about what really sets the best apps apart from the rest: integrations.

Not every app will work with every other app, but many, many apps are designed to function with others.

You know MyFitnessPal I mentioned earlier?

Even though it’s not my love, it does sync with many of the other apps you might use, such as a weight loss app, an exercise app, and your health app.

That makes your life lots easier.

One of the apps I use consistently is Strava, which integrates with Peloton, Garmin, FitBit, the Apple Watch, Polar, and more.

Likewise, on the business side of things, Google Suite integrates with pretty much the entire world.

And Superhuman I mentioned earlier?

All you have to do is type a day of the week in your email and it brings up your calendar on that day so you can reference your availability.

Contrast that to having a calendar app that you have to manually update, no one else can ever see, and that no one can book time on.

What If My App Doesn’t Integrate?

If you are using an app that doesn’t have an automatic integration, you can use a cool service called Zapier.

It has “recipes” that allow you to choose the two (or more) apps you need to talk to one another and walk you through the integration process.

It’s both the most exciting thing and the bane of my existence (because I want to integrate #allthethings!).

I’d love to hear about your app use, what you love for work and personal use, what makes you the most productive, and how your apps integrate.

Now I’m off to find my phone. I’m sure it’s around here somewhere…

Photo by Sabri Tuzcu on Unsplash