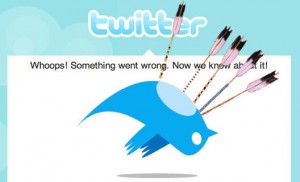 It won’t come to a surprise to many of you that I love Twitter.

It was the first social network I used to really engage and connect with people and it’ll always be my first love.

In the early days, I created a group of friends who we still refer to ourselves as the posse. These are people who refer business to us all the time and who I would call if I were arrested or stuck on the side of the road.

Without the social network, I would have never met some of these people and the idea makes me very sad.

I’ve always contended Twitter wouldn’t last forever. They still haven’t figured out how to make money and, as those of us hyper-involved in the social media world can attest to, they’re beginning to crumble under investor pressure.

But the way they’re doing it? It doesn’t make a lot of sense to me.

Until now, Twitter has been an open platform and it’s part of the reason the social network has grown as quickly as it has.

They’ve also let outside developers create new products for the service and have been able to enormously scale.

Earlier this year, they closed their API. What that means is, any developer who created something genius to help Twitter grow no longer has access to their coding, which allows them to increase the features and benefits of their services.

The latest in the death of being able to use Twitter? IFTTT.

It’s not entirely bothersome to me, as an IFTTT user, that I can’t create recipes to send me updates from Twitter to my phone, text message, or email.

During the Olympics, many recipes were created to send updates about specific sports or athletes so a person could keep up without being on Twitter all day long.

And non-profit organizations, such as the Red Cross, have been using it to alert people when a natural disaster is coming and how to be prepared.

Imagine that. You create a recipe that follows the Red Cross Twitter stream. And, when they tweet something about the weather in your area, you are updated in a fashion that you know you’ll always have access. Maybe it’s a phone call for some or a Facebook update for others.

But now? As of tomorrow, that ability is gone.

It pains me an organization would be this close-minded.

I mean, I get it. If I were an investor in Twitter, I’d want to begin seeing a return on my money. I’ve always thought they had a huge opportunity to generate some serious revenue.

Heck, I’d pay for the service because it’s so valuable to me. But, then, they’ve never asked me (or its other users) what I thought.

So I found something new.

Actually, Michael Schechter found it and convinced me to check it out.

It’s not fancy. There are only two ways to have a conversation with someone – publicly and privately – and there are so few people on it, it’s easy to sort through the stream and figure out who you want to talk to and what it is you want to do.

Sure, it’s missing some of the bells and whistles that I love about Twitter – lists, hashtag searches, a desktop app – but it’ll get there. And guess what? It’s already figured out how to make money.

They’ve opened their API to developers and already have a list of third-party apps and crowdsourced frequently asked questions.

I don’t know that it’ll replace my beloved Twitter for me, but I do know they’d better watch out because more savvy and flexible companies are nipping at their heels…and they already know how to make money.