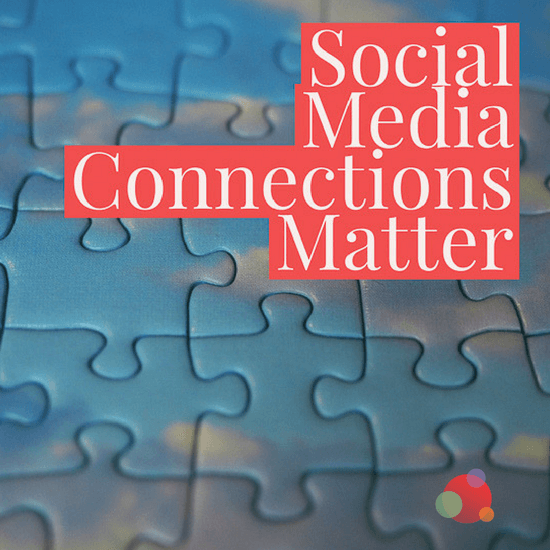 You. Reading this post. Can you make my life interesting?

If you can’t, kindly move along and don’t waste your time (or mine) trying to connect.

When “I Want to Connect” Just isn’t Enough

When I read an article recently by a professor who advised readers to quit social media to preserve their careers, I was curious to know more about the author.

As I reflexively do almost any time I read something interesting, I visited his website to look for a way to go deeper: A Twitter handle, maybe, or an email address.

That’s not what I got.

True to the sentiments expressed in his article, he has no social media links on his website, and states that he does not have a “general use email address.”

Simply put, he’s not interested in connecting with people like me, unless we have an interesting proposal that will benefit him in some way.

As a social media enthusiast who is on social media for large parts of every day, both for work and personal reasons, I struggled to understand his viewpoint.

Social Media Connections Matter, Even if There is No Immediate Payoff

Having a 20-year-old child, I am often struck by how precisely she gets to refine choices she makes based on either a) an algorithm (like Pandora Radio), or b) a feedback-based site (like Rate My Professors).

Back in the olden days, we were held hostage to whatever artists some programming director chose.

At school, our student/teacher match-ups were handed down by the logic of who was teaching what, when, and which students fit in those slots.

Heck, we even had to answer the phone without caller ID.

It could have been ANYONE calling, even someone we (gasp!) didn’t want to talk to.

As my daughter grew up, she could craft her own channels …. all One Direction?

Tired of One Direction?

Create your own Katy Perry channel.

She doesn’t have to listen to Beyoncé when she may be more of a Taylor Swift person, but she is missing out on the serendipity of hearing something out of her comfort zone.

Some of my favorite musicians throughout childhood became favorites because I was unexpectedly exposed to them.

While I envy her ability to manipulate her playlist, I am sad for the discoveries she won’t make serendipitously.

Sometimes we are pleasantly surprised by being exposed to something we didn’t think we would like.

Giving Us What We Want at the Expense of What We Need?

Many of my daughter’s choice of college professors have been influenced by sites such as Rate My Professors.

I vacillate on this one.

On the one hand, it can be incredibly helpful to know the pros and cons of instructors.

You can be saved from the really horrid ones by seeing the feedback of other students.

Perhaps the instructors themselves are better because they know feedback about them will be public.

BUT, I think college students sometimes do not know what they need from their instructors.

Some of the best academic situations I had were ones that started off rocky …. demanding instructors who insisted I work really hard and did not spoon feed me.

But they were some of the most effective faculty members I had, in retrospect.

I am sure they would have been skewered on Rate My Professors.

We don’t always know what we need; we may not be prepared to evaluate options from the best perspective.

A Generosity Mindset is the Most Interesting Kind

When the author I had become interested in wrote on the contact page of his website, essentially, “don’t contact me unless you can make my life more interesting,” I wanted to shake him out of his deep reverie and beg him to open himself to the unexpected rewards that come from being generous with those who you’ve impressed enough that they try to reach out to you.

As an example that the Spin Sucks community will understand, I have interacted with Gini Dietrich on a number of occasions.

I’ve asked questions that were quite small, things I probably could have learned from a Google search.

I don’t run a company like she does; I haven’t written a successful book; I’ve never given a keynote (yet!).

But still, although I may not have something to offer her, she responded graciously.

I can name example after example of ways a simple tweet has led to a true, “in real life” friendship, of ways I have found solidarity with others who support the same causes as I do, and of how social media has given people with disabilities a lifeline to a world beyond their hospital bed or geographical location.

In none of those situations did I know anything would happen beyond a pleasant exchange of 140 characters.

As I wrote here, the threads of social media (and life in general) are often invisible.

If you are choosing to connect only to someone whose value to you is tangible, you’re likely to be missing the deepest connections of all.