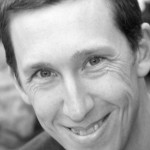 If you’re a regular reader of this blog, you know it recently won Blog of the Year in annual PR Readers’ Choice Awards.

Quite an honor, right? An award solely based on votes and nominations from your blogging peers. Well, not everyone sees it that way.

Some see lists like this as popularity contests – link bait even.

I cannot argue with the “popularity” angle. As with any list that’s based on nominations and votes, popularity definitely plays into it.

But, I believe there’s a whole lot more to lists than just popularity. I happen to think they’re a wonderful community-building tool – for a number of reasons.

Great way to meet new bloggers. Interestingly enough, I have lists to thank for my meeting the author of this blog: Gini Dietrich. I wrote a list post earlier this year titled “The 7 most intriguing people in PR.” While Gini wasn’t on the initial list, she did leave a comment thanking me for including Len Kendall, a fellow Chicagoan whom Gini knows.

That comment led to me following this blog, which led to a few comments of my own here. That led to a few exchanges on Twitter, which led to some back channel messaging. Before long, I was asking Gini for advice and to guest post on my blog.

I developed an entire relationship thanks to one single list post – and, that’s not the first time that has happened.

Fantastic way to attract new readers. This is where the link-bait complaint comes in. Write a list post filled with links to Chris Brogan’s blog, and folks think you’re trying to bait the social media thought leader into mentioning your post on Twitter. Not my intention at all.

Yes, I link back to PR, marketing and social media blogs in my posts. But, I do it not as a way to bait the blogger to mention my post – but instead, as a way to recognize a great post, thought or idea they had in the last few months.

The difference is all in the approach and mindset.

Wonderful resources for the community. Some of the best list posts I’ve seen and developed over the last couple of years have been less about popularity and more about resources.

How so, you ask? Think about Dave Fleet’s post in 2008: 40 PR people to follow on Twitter. For anyone just getting started on Twitter at the time, this was a fantastic resource. David Mullen’s Twitter Starter Pack had the same feel. And, for a while, I referred a lot of people to those two posts.

The bigger picture is these lists are wonderful resources for the entire community. In fact, I just reviewed a post I wrote (with help from the community) back in April around the best non-PR blogs for PR pros. I plan on taking a couple of those books along on a short, upcoming vacation.

What do you think about list posts? Popularity contests? Or, vital community-building tools?

Arik C. Hanson, APR, is the principal of ACH Communications, a digital communications firm. Arik has played a lead role in many social projects and initiatives online–both locally and nationally–including: co-founder of Help a PR Pro Out Day, regular contributor to Ragan.com and PR Daily, founder of the PR Reader’s Choice Blog Awards, and a regular contributor to the PR Breakfast Club.

You can learn more about Arik by visiting his blog, Communications Conversations, or contacting him directly via email.