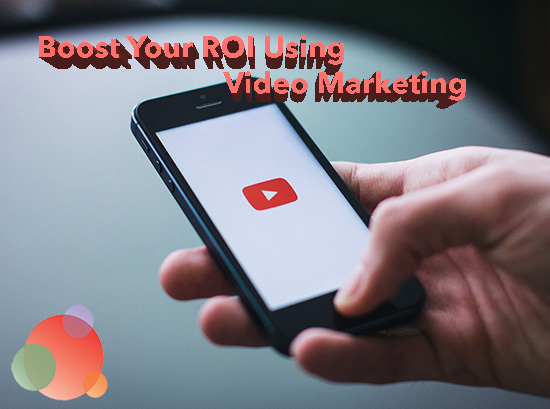 Video marketing is no longer the expensive, time and resource-intensive process it once was.

Because video is projected to account for 80 percent of all internet traffic by 2019, we’ve seen many easy video marketing tools emerge.

Even your cellphone is a viable recording platform these days!

So marketers have no excuse not to try video marketing.

Here are some pointers that can help boost your ROI using video marketing campaigns.

We tend to think of YouTube as the go-to video hosting platform.

But if you’re looking for maximum video exposure, try uploading to multiple platforms.

Traditionally, people uploaded to YouTube, then linked to Facebook. However, a video uploaded directly to Facebook auto-plays, and the thumbnail is now twice as large on the news feed compared to material linked from other sites.

It is still considered the second largest search engine and has its benefits.

For example, Google quickly ranks YouTube videos and can direct more targeted traffic to them if you include captions.

YouTube automatically attempts to create a transcript of your video when you first upload it and requires running through your video to make sure the translations are correct.

And unlike social media platforms, YouTube videos aren’t “pushed down” in a news feed the day after being posted.

They reside in a very searchable, online video library that increases the video’s viewing lifetime.

Video is unique in that it can convey critical information in an “informal” way.

The very nature of video is based on entertainment; the goal is to keep you engaged, not necessarily to educate you.

But that’s exactly what makes it such an effective educational tool; people are entertained, and therefore remember what they learn.

Here are a few creative places to include video.

Look at your most highly visited site pages and think of ways to incorporate video.

Or maybe your “Solutions” page gets a lot of traffic – embed a short video featuring high-level demos of your products.

Thankfully, we don’t have to worry much about the specs of our video production because social sites optimize videos for us.

Our biggest concern would be viewers without a high-speed internet connection – because nothing is worse than waiting for a video to load.

But there are a few things you can do to get in front of new audiences.

It’s senseless to work hard on your video piece and then not bear the fruits of your labor!

Don’t be bashful with promotion—this applies to more than just video content.

Which of these trips are you already leveraging? Which ones will you try out?

In any case, create your epic video marketing plan!

Hilary Bird is a digital journalist with over three years experience in the marketing startup world. She combines her interests in tech and marketing with her fascination of interpersonal communication by studying how tech is continually reshaping the way we communicate.

View all posts by Hilary Bird