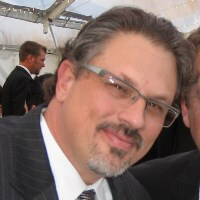 Editor’s note: Today’s guest author, Jay Pinkert, a principal with Shatterbox, was a winner of our 9 Marketing Trends for 2011 contest, in which we asked readers to submit the ninth trend for our upcoming webinar of the same name, which will be held on December 15. (It’s not too late to sign up!) Following are further thoughts on his submitted trend, creative destruction. In the webinar, we will discuss how to adjust your business to leverage all nine trends.

Joseph Schumpeter popularized the theory of creative destruction, that in a healthy free market system, it is natural and necessary for companies and industries that rise to virtual monopoly status to be transformed or replaced through entrepreneurial innovation. Although Wall Street investment firms might be considered “too big to fail,” social media companies are not.

Now punchlines and cautionary tales, AOL, Friendster, and MySpace were once considered inexorable juggernauts. But it wasn’t a bonfire of superior technology that undermined them. Over time they all fell short of user expectations in various ways, allowing alternative value propositions, service models, and providers to gain a foothold and eventually surpass them.

Facebook and Twitter rose to their preeminent status by capitalizing on the shortcomings of their predecessors, then relying on the difficulty of moving/replicating personal networks to keep users in place (if not entirely happy or active). But even as these new hegemons enjoy seemingly limitless growth, they themselves are not immune to the creeping forces of creative destruction.

Recognizing the early signs and devising provisional strategies and tactics to address them could create new opportunities for social media marketers.

What Social Media Marketers Can Do to Leverage Creative Destruction

Jay Pinkert is a principal with Shatterbox, a marketing and communications consultancy that helps professional firms distinguish their brand and build referrals through content-driven programs and niche development.