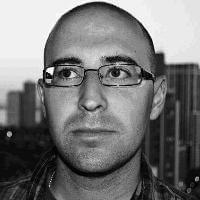 For years now, since the concept of user-generated content has become commonplace in the marketing and PR world, companies have thought of crowdsourcing as a shortcut to building community that will mean less work for them.

Here’s how the conversation usually goes:

“Let’s put together a contest where target X can create Y content and upload it to our community. The best contributor will win a prize and gain status amongst their peers. We can just sit back and watch the community build upon itself.”

The challenge I would like to address is the misconception that the above is an actionable idea for most parties undertaking it.

The intentions are positive, of course, but the execution can appear lazy or short-sited if the proper investment of time and people isn’t applied.

Generally from what I’ve seen, there are only two things an organizer can offer to make the “build it, and they will come” scenario work: Fame or fortune. I would guess 98 percent of the organizations/brands conducting crowdsourced experiments don’t offer a valuable enough reward in either category (in the minds of the target) to justify their investment of time and labor.

With that assumption leading this thought, here are a few basic elements to remember when crowdsourcing:

Have a content calendar: This may seem like an odd step given crowdsourcing isn’t associated with publishing, but in many ways you’re publishing to the inner circle of participants. They need to feel your presence often, watching and reflecting on their collective work.

Your time > Their time: Make it obvious that you’re spending more time engaging in your crowdsourced community than each individual contributor. Why should someone spend time on creating content for you (for an unlikely prize) if you won’t take the time and effort toward a guaranteed product?

Be an editor: You can either try to sort through the masses of submissions and find a few gems to work with, or you can take the time to be an editor and go back and forth with your producers to take their first draft and make it better, or more in line with your vision.

Promote non-winners: Some of your biggest fans will be contributors who very obviously are not going to rise to the top in terms of a quality crowdsourced submission. The value of that individual may not come in the form of a product, but it may be extraordinarily high in regard to promoting the output of others.  Take the time to acknowledge and elevate all ranks of your contributors.

Have an exit strategy: The organizer doesn’t need to work off the assumption that this community needs to be tended indefinitely, but it should be actively managed while contributors are being asked to create, and hopefully fans and participants can ultimately transition their attention to a new, less robust outpost online such as a Facebook or Twitter feed. Additionally, make it easy for the “super-users” to go off on their own and continue the product creation you helped facilitate (if they’re interested in producing beyond your involvement).

Len Kendall is a digital supervisor with GolinHarris Chicago, co-founder of the3six5 project, and a Doodler for GOOD magazine.