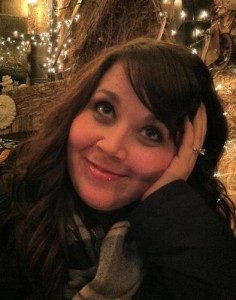 Everyday something changes on one of the many social networks.

From new terms and conditions on Instagram (which went over REALLY well with people – not!), to Google + Communities and the new interface on LinkedIn, there is always something new to learn.

Because Facebook is all over the headlines this week after their big announcement on the Graph Search and because we all love to hate them, I thought I’d break down some of the other changes they have already made in the last six weeks.

Jason Keath over at Social Fresh has a really good compilation of changes in 2012 that affected marketers if you’re interested, but that was so last year.

I also asked our Facebook community about what changes they loved and hated so you’ll see their comments mixed in. Enjoy!

Graph Search: I’m not getting into details here because there have been PLENTY of blog posts about this topic recently, but to put it simply, it’s a new form of social search that allows you to find people, photos, places, and interests most relevant to you on Facebook. It relies on friends and connected parties to find interesting results.

Timeline: Facebook is testing a new look to Timeline. The Next Web and Mashable have some snapshots. It’s a new single-column design which better organizes user’s personal pages and places greater emphasis on communication between friends. David Griffith loves this change, “My most anticipated change is the proposed single column timeline. I no not like the unbalanced randomness as it is now. Never have.”

Links: It’s a quiet change, but Facebook has expanded the size of thumbnail images for links.

Sounds: I haven’t noticed this because the volume of my computer is usually off, but now you hear a *ding* sound with updates. Joe Hackman pointed this one out, but we’re not entirely sure whether he likes it or hates it. My money’s on ‘dislike,’ Joe?

Subscribe to Follow: This was announced in December, but the subscribe button on profiles of users who have enabled the option will change to “follow.” Facebook said the rewording is to make the feature more recognizable to users. But Rebecca Todd is not impressed, “To me, they can change functionality, that is their prerogative. But to just change the nomenclature on something for no known reason really annoys me.” Duly noted, and props for using the word nomenclature, Rebecca!

Voice Calling: Free voice calling service from Facebook has begun to roll out to U.S. users with iPhone Messenger after a trial in Canada.

Ads: The most recent change is for the “Promote Page” option. It began rolling out in mid-December, but now we have more details. When you use the Promote Page button, you can create three different types of Facebook ads without having to use the complicated ad dashboard.

Notifications: Facebook began automatically turning off notifications for groups and close friends that users aren’t interacting with you. If you haven’t seen this here’s a screen shot:

Users will see a window with the option to turn the notifications back on.

There have been so many changes on the platform I’m sure I’m missing something that has happened this month…and it’s only January 23!!

So what am I missing? Which change do you think affects marketers the most?

Yvette Pistorio is an account executive and community manager for Arment Dietrich. She is a lover of pop culture, cupcakes, and HGTV, and enjoys a good laugh. There are a gazillion ways you can find her online. You can find her on Twitter (Spin Sucks and personal), Facebook, LinkedIn, Pinterest, and Google+.