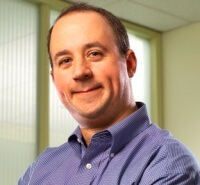 Facebook announced the launch of Facebook Places, its long-awaited solution for location sharing, a space that’s been driven by upstarts Foursquare and Gowalla.

In its announcement, Facebook indicated that Places was built on three tenets:

While much of the early commentary has focused on product features and the gap between Facebook Places and Foursquare, I think all of that is relatively unimportant.

Facebook can quickly add features and functionality to close any gap. Rather, the significance of the announcement is twofold: First, it signifies the mainstreaming of local check-ins. While Foursquare has three million users and Gowalla a fraction of that, Facebook has a half-billion users. I was speaking with a colleague from the Philippines yesterday, who mentioned there are more than 15 million Facebook users in the Philippines. Meanwhile, Facebook penetration is approaching 50 percent in Hong Kong, Canada, the UK, the U.S., and elsewhere.

With its huge user base, Facebook Places will quickly dwarf all the other location-based networks. And with so many users already using Facebook on their mobile devices, Places adoption should ramp quickly.

The second important aspect of yesterday’s announcement was the participation of Foursquare, Gowalla, and Yelp. Clearly, each of those businesses sees great risk from Facebook Places, but they also realize they need to play nicely together to avoid being crushed.

While most of the focus has been on the threat to Foursquare, it seems the greater threat would be to Yelp. Yet by working together, each will benefit. Yelp is already the best service at reviews for local providers. Integrating its existing framework to a user’s social graph via Facebook creates a powerful solution. And, it means that for restaurants, at least, Facebook Places will start out with a deep, rich database of user comments. That’s a tremendous asset – just imagine a new competitor trying to compete with Amazon for book reviews, for example.

From the Facebook perspective, partnering creates an immediate ecosystem around the Places platform. This greatly strengthens the Facebook position against the competitor it is most focused on: Google. As more advertising dollars shift to local, there’s little doubt that Google will look to bulk up its services there.

Facebook is already well-positioned for local, due to its holding the social graph for most users. By cultivating an ecosystem around that, it will strengthen the barrier to entry and perhaps make it less likely that Google acquires the emerging players in the space.

Still to be seen is how Foursquare, Gowalla, Yelp, and others carve out niches. Foursquare, which has largely been dependent upon social gratification (badges and mayorships), will need to provide more compelling reasons for users to adopt its tools.

Gowalla and Yelp will need to do the same. And the niche players like Loopt, Brightkite, and Whrrl will quickly have to decide whether to participate in Places, go it alone, or try to find another partner (perhaps Google).

Facebook Places is now available for download on iPhones by U.S. users, or you can go to touch.facebook.com from an HTML5-compatible mobile browser.

* Note from Gini: Be sure to check your privacy settings in Facebook if you don’t want people to “tag” you when they check into a location with you. Be careful about who you want knowing where you are at all times.

Barry Graubart serves as vice president, product strategy & business development for Alacra, a leading content technology company, where his focus is on eCommerce and social media applications. He has spent the past 20 years applying technology to content to develop high value business-to-business information products and is author of Content Matters blog.