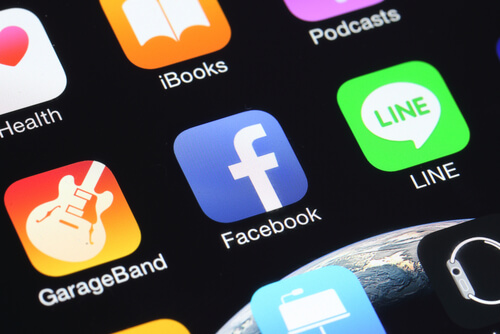 About a month ago, Corina Manea wrote here about the hubbub surrounding marketers leaving Facebook.

Her post, titled Are You Sure You Want to Leave Facebook?, was in response to a conversation we’d been having on Slack about how to achieve better reach and engagement organically.

And that conversation was in response to Mark Schaefer’s Facebook Content Strategy is a Time Bomb for Inbound Marketing.

Both articles talk about how Facebook now rewards you when people stay on your page longer. The reward is with increased engagement and reach.

And both articles talk about the importance of not only appeasing Facebook (and to get your reward), but to drive people to something you own, such as a website or blog.

I’ve long been an advocate of using something you own to drive visitors from around the web to you versus letting them stay on a social network, where you don’t have access to data or real insights.

That’s why, when the conversation came up in our team Slack, I was a bit reticent.

The idea being, of course, that if you publish your blog posts to Facebook, it encourages people to say on your page, instead of leaving for your blog, so Facebook rewards you.

I still don’t love the idea of letting Facebook keep our community, but I was willing to compromise.

We started to post the first two-thirds of every blog post to our Facebook page with a “read more” and then a link to capture the community here.

The test ran for a month and we compared the engagement and reach to the previous month.

Here is what we found.

Robert Downey, Jr. Can Be Beat!

But the real reason I wanted to test this was to see if we could get better engagement and reach on the Spin Sucks blog posts.

We post on Facebook four times a day: Twice a day it’s the two blog posts that run here and the other two times are fun or interesting or PR industry-related topics.

We also may or may not have a Robert Downey, Jr. post at least once a week.

It was driving me absolutely insane that Robert Downey, Jr. (hot as is he) was getting far more engagement and reach than our smart blog posts.

So we looked at the data solely for the Spin Sucks posts.

Overall, the test was kind of a bust. But, I do like that our engagement and reach were up considerably for the Spin Sucks blog posts.

It’s also important to note we didn’t do any paid or sponsored posts during this time.

I think we’ll keep it going for another month to see what the data tells us by summer’s end (so sad). We’ll start doing sponsored posts with our September 17 webinar (with Michael Smart…stay tuned!) so the data will be skewed after that.

If you see us shift how we post on Facebook after Labor Day, you’ll know we have something else up our sleeves and I’ll report back here soon.

In the meantime, have you tried posting full blog posts to Facebook? What kinds of results have you seen?

UPDATE: The Verge reports Facebook is going to open it’s Notes section so everyone can blog there and never, ever have to leave the social network and live happily ever after.