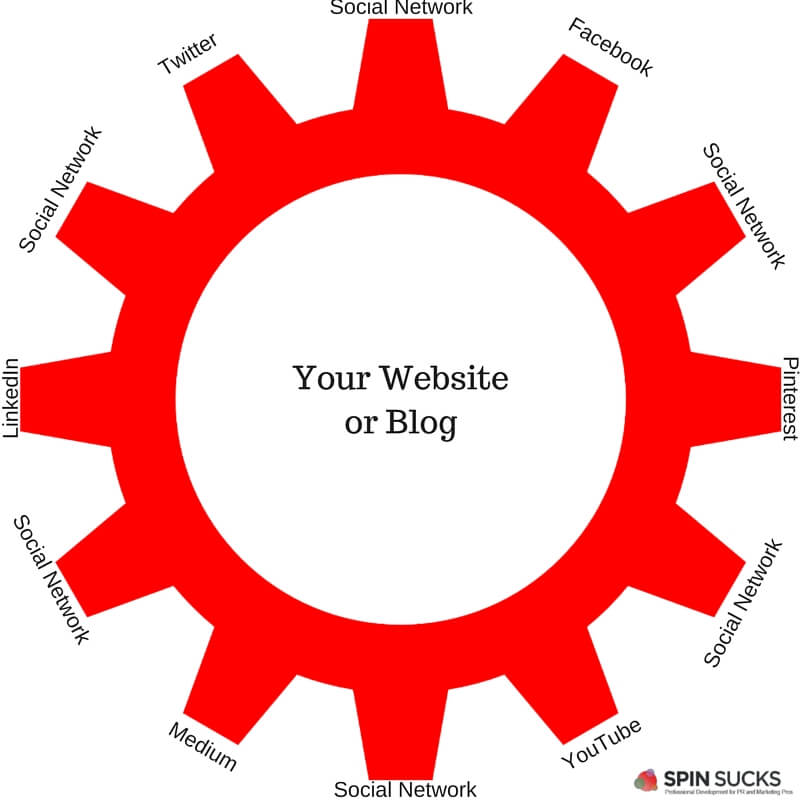 This year, Facebook has done quite a bit to reward publishers for keeping fans on their pages versus sending them offsite to a news site or blog.

They first said they wanted people to hang out longer so, if you could get them to stay on your Facebook page, you would be rewarded with more organic reach.

We experimented with this during the summer. We started publishing half of our blog posts there with a “read more” link to come here to finish it.

And we were rewarded. Sort of.

From June 1-30—before we ran the test—we found:

From July 1-30—during the test—we found:

So engagement was down, but reach was up and likes were down. There could be other circumstances, of course, so we’d have to look at more than 30 days to realize a better trend, but we did the experiment for only a month.

And that is because…

And Now Referral Traffic is Down

In August, they launched Notes for business pages and we decided to try publishing our entire blog posts there with a “This first appeared on Spin Sucks” line at the bottom.

I’ve been meaning to pull the data on this experiment, but Alison Garwood-Jones pushed me to do it when she sent me a link to, “Facebook’s Traffic to Top Publishers Fell 32 Percent Since January.”

According to the article:

While Facebook makes headlines for cooking up new initiatives with publishers, the actual traffic it’s sending those publishers has fallen sharply.

Referral traffic (desktop + mobile) to the top 30 Facebook publishers (as defined by their reliance on Facebook) plunged 32 percent from January to October, according to SimpleReach, a distribution analytics company. The more reliant the publisher on Facebook, the bigger the hit: Among the top 10, the drop was a steeper 42.7 percent.

The whole point was to help publishers out, but this data shows it did nothing of the sort.

So I decided to pull our data to see.

From January through June, we averaged 2,187 visitors per month from Facebook referral traffic.

From July through October (when we began testing with different Facebook options), we averaged 1,288 visitors per month from Facebook referral traffic.

The drop is on the steeper side that SimpleReach found—41 percent.

When I look at overall traffic, it is down 17 percent for the time period we did this test.

It had a pretty significant negative affect on us.

Your Own Site Still is King

The data seems to serve as a cautionary tale for publishers that have hitched their wagon to Facebook, only to get hit when the social giant’s traffic firehose slows to a trickle.

I’ve often said you don’t want to use a social network as your publishing platform—LinkedIn Pulse, Facebook Notes, Medium—because you can’t control the content and you have zero access to the data.

But it was a good experiment to see how it would work to republish content there…and to see if Facebook rewarded us organically for it.

They did not. So I stick my by recommendation: Publish on your own site and use the social networks to distribute your content.

You may, from time-to-time boost some content with a few bucks to see how that does for you, but all-in-all, organic reach—particularly on Facebook—is nearly impossible to get without pay-for-play.

We’ll stop publishing our blog posts on Facebook Notes starting today and we’ll pull a full analysis of 2015 in January. I’m willing to bet the traffic and data we get back will be our best reward.