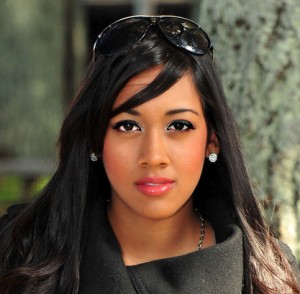 It may be something we never detect or notice while we’re on Twitter – but it’s very prevalent: Fake followers.

As communications professionals, we try to place emphasis on the quality of our networks, rather than the quantity, but what is it about those follower numbers that makes us feel so good?

Be wary professionals…fake social media accounts are increasing and if you’re not careful, they can diminish your credibility and destroy your social media high.

The folks over at StatusPeople, home of the Fake Follower Tool, recently shared some shocking stats. Did you know 71 percent of Lady Gaga’s 29 million followers on Twitter are fake or inactive?

So are 70 percent of President Obama’s nearly 19 million followers. With Twitter having more than 500 million registered users, could it be that less than half of those users are active while more than half are fake?

Pretty scary, considering Twitter has become the networking, information, and search engine of choice for many business professionals.

There used to be a time where I’d find people in my industry on Twitter and get giddy when I saw they had hundreds of thousands of followers. “Wow, this must be an influencer,” I’d think, and *click* went the follow button. Today, this is not the case. Now I determine who is “important” by what they say, when they say it, and through my own analysis.

Let’s get this part out of the way. Don’t buy twitter followers, okay? DON’T DO IT. Why? What’s the harm? To borrow a phrase from Peter Shankman, A KITTEN DIES EVERY TIME YOU BUY FAKE FOLLOWERS. I shouldn’t be typing in all caps here, but I’m going to break that rule for the sake of Twitterkind. Maybe it’s not that extreme, but it’s certainly tarnishing your brand and dwindling the platform that we are banking so much on (social media strategy and budget, anyone?).

Starting from scratch on social media can be daunting, yes. But I guarantee building your networks organically will be much more valuable in the long run than buying followers to raise your clout (or Klout) in the online sphere. The result will be a tightly knit, engaged network that is willing to advocate for your business and be brand ambassadors – no spambot does that.

Social media makes it easy – perhaps, too easy – to find new “people,” so we need to get into the habit of thinking twice when we do our metrics or look at our community numbers to protect the value of social media for business moving forward.

If you don’t buy fake followers, there’s still a good chance you have a few of them trolling your account. Do yourself a favor and look at the people following you on Twitter. If their profile picture is an egg, block them. If they are following thousands of people and only have one tweet, block them. If a profile doesn’t have a bio, then examine them more closely.

Getting Rid of the Fakes

If this is way too much of a manual process for you, following are a few apps that can help manage your followers:

The most proactive thing you can do is to take a look at the end of each day (or week) who has followed you, and do a three-second investigation on each. If they look real – cool. If there’s the slightest doubt that they’re fake, inactive, or spammy, then block or report them for spam.

Facebook has also recently revealed that 83 million of their 900 million active users are fake accounts. No bueno. Maybe not a cause for worldwide panic, but for communicators like us using social media platforms for PR or marketing, it’s definitely reason to mind our accounts closely and take the time to get to know our users and weed out the fillers. Your community will reward you and your social media efforts will improve as a result.