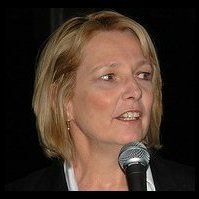 The social business space has made me many lifelong friends. Standup humans who I would stake a claim for, people who know business, strategy, and the unique art of relating to humans as humans. Yet as I move through the social space, I’ve watched a few stars lose sight of the relationships they’ve made. In these few cases, the social media star’s reputation is now spin.

Don’t get me wrong. I don’t have problem with the idea that larger audiences and bigger contracts require folks to scale. I get one person’s bandwidth can’t stretch beyond 24 hours in a day. But a conversation is happening I’ve not really seen discussed much in the open. It has to do with people who no longer live their message.

If you want to know how to recognize a social media star whose reputation has turned into spin, just look for these signs:

True social stars listen more than talk. They come with a beginner’s mind, asking questions, reaching out to learn, even when they’re at the top of their game. They realize that getting and staying close to the people they meet will always be a strength that underpins the value and credibility of what they do.

She only shows up to speak and sign autographs. She used to attend social media events to have meetings and to get to know the people who follow her. Now she comes in to speak and leaves within the same hour.

True social stars might have a day or a commitment that taxes their time now and then, but they’ve learned not to spread their bandwidth too thin. They understand that showing up and being social is part of the job description. They see it as sign of respect for their audience and as a way of giving back. They build that time into their calendars, rather than schedule it out.

He’s forgotten to read his own book. Choose your own example.

True social stars live their message. They walk their talk.

She doesn’t keep her word. She’s mastered the art of offering excuses to bail on things she doesn’t want to do better than a college kid who has used the “my grandmother died” excuse more times than a person has grandmothers.

True social stars go out of their way to keep promises and are known for that. They would never risk playing sick or telling an untruth. They value their word and their name.

He expects the world to revolve around him. He expects you to rearrange your conference to suit his needs. He wants an entire company event to be moved to fit his schedule. He’ll only eat green M&Ms.

True social stars “get” that the more we make the world about other people, the better perspective we have. They know that it’s difficult to get a complete view standing in the center of things. They consider how their actions affect other people.

It’s true everyone has their moments, and we all get it wrong now and then. This is not about that. It’s about unsocial behavior from someone who used to know better and has lost sight of that.

In other businesses, these might pass as ego. Some folks might even think that they’re perks earned from hard work. What? Any true star knows that you never forget your fans. Social means being authentically human, and caring about other humans is important to being successful at that.

Anything less and the reputation is spin.

Let’s applaud the true social stars when we see them shine.

Liz Strauss of lizstrauss.com is a brand strategist and community builder for corporations, small business, and service professionals. She is founder of SOBCon, a social business workshop that grew out of her website Successful-Blog.com.