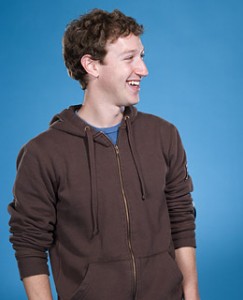 After reading the New York Times article last night about the idea of a Facebook phone, I can’t keep quiet anymore.  I am the Facebook…master?…guru?…go-to-person (man, I sound lame) at Arment Dietrich, so I’ve outlined five things I would like to say to Mark Zuckerberg.

Number one, Don’t come out with a Facebook phone.  Let’s face it; we don’t need Facebook at the tips of our fingers every second.  I love Facebook, probably more than the next person, but my BlackBerry Facebook app works just fine and I’m on that enough.

Number two, we’re sick of having to learn about, and then change our own privacy settings.  We all know you’ve gotten a lot of crap for the privacy settings and amount of personal information you request from your users, so why don’t you make the change?  I’m confused here.  Either tell me why you want our information or don’t allow the system to open up all my personal data and request me to go in each week and remark it as private.

Number three, Egypt.  Wow.  It’s amazing that this revolution all started with a few kids using your product as a tool to connect with others who felt the same way.  I applaud you (and your PR team) for not bragging and claiming Facebook made this happen.  You took a classy stand here and I have no more to say.

Number four, it would be considered cool if you went back to school and finished getting your degree.  Now that you’re entering your late 20’s you’re maturing and realizing there are millions of people out there who look up to you.  Being quoted as the “Harvard dropout” isn’t sexy to me and it’s disappointing that you donated money towards education but you’re not walking your talk.

Number five, do more with your power.  Yes, you donated $100 million to Newark public schools but after watching the amazing documentary, “Waiting for Superman,” it’s not about the money.  Change in our education system needs to happen and voices as loud as yours can make change.  Take for example your elder, Bill Gates.  He is out there every day advocating and trying to make good.  We know that Facebook is your baby and you want to coddle it and help it grow.  But just think of the good you can do.  Seriously, just think about it.

If you had the chance, what would you say to the billion dollar man of the year?