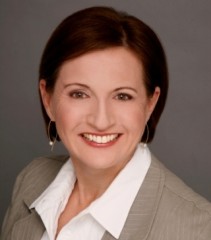 I had the distinct pleasure of meeting Alina Kelly earlier this week. She was in Chicago for a conference (and shopping) and took time out of her networking and sessions to meet me for dinner.

Alina, for those of you who don’t know, is a former Rogers (the AT&T equivalent in Canada) employee where she launched several national products, including one that had her in the air for two weeks beginning on September 14, 2001.

For those of you who flew around that time, you know how significant that is. I remember flying to LAX the second flights resumed and how scary it was that the airport was so empty. I thought, “Huh. You’ll never again see LAX without people in it.”

Though she hasn’t worked for Rogers for more than 10 years, the experience she gained there helped her launch her own business, AKelly Consulting, where she focuses on public transit and government.

On the personal side of things, she has two teenaged daughters (16 and 13) and a “wonderfully supportive” husband (quotes because that’s what she said; not because I know him).

But what I find most charming about her is the conversation we had about broken bones. She went her whole life, until two years ago, without breaking anything and then had four bad spills, including two torn rotator cuffs, a broken ankle, and broken ribs.

When she told me about the third accident, I said, “Oh good. That’s three. You’re done for good.” And then she said she broke her ankle. Oops. I just jinxed her. She has two more to go.

She’s a lover of food, wine, and all things about urban design, including art installed in public places. In fact, she gets very passionate when talking about the types of things the big cities are doing with transit and art.