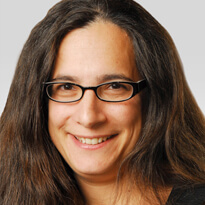 I would like to introduce you to my wife, Amy Vernon.

You see, a few months ago, I told her I love her so much, I want to marry her. She accepted on one condition: I share her with Tinu Abayomi-Paul.

Which is all fine and dandy. EXCEPT. Tinu hasn’t publicly shared her love and I think this blog post is as good as it comes. So I win First Wife position!

In all seriousness, Amy is one of the smartest women I know. And that’s saying a lot because I surround myself with a lot of smart women.

She is a self-proclaimed Internet junkie, but I will back that up by telling you this: She is the highest-ranked female submitter on Digg…OF ALL TIME.

Also, she keeps a blog called Bacon Queen, in which she brings the latest and greatest news about bacon every day (hey, Amy! Did you see the episode of “The Next Iron Chef” where they had to cook five meals with bacon?). I am dead serious. She has recipes, links, products, and more. If you love bacon (and I know many of you do), you should check this out.

It turns out she’s kind of a big deal. I mean, she has nearly 70,000 subscribers on Facebook (to put that in perspective, I have 313). She’s the general manager of social media for New York City-based Internet Media Labs, where they do cool things such as help you manage big data or visualize your social networks so you can find the best content. And she’s the mother of two boys.

Even though she grew up in New York, we have a kinship in that she went to Northwestern University, just up the street from where I live now. Too bad I didn’t know her then!

She’s on every social network known to man so I’ll let you check out her about.me page to learn more. And, if you’d like to read more about her professional life, Lani Rosales did a fascinating interview with her over at AGBeat.

(Ignore this; it’s for Technorati: NWDSWTNZ8P3T)