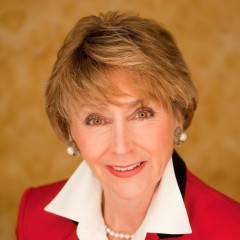 I’m afraid it’s going to be hard to beat Chuck Kent’s #FF song last week. After all, that is a gift I do not have.

But I have a really good recommendation for you today. You’ve likely seen her around the comments and probably on Facebook.

Anneliz is a grad of both Boston College and Boston University who probably decided the winters were too much and moved to Wilmington, N.C. Though, I saw her complaining about the cold so she didn’t escape the polar vortex this week! (Though it’s supposed to be in the mid-60s today…lucky girl!)

She owns Hannan Communications,which will be four years old in April, where she (in her words) is a PR nurse. Her tagline is quite clever: Giving more breadth to your brand.

Her story is very interesting. Her bachelor’s degree is in nursing, which she practiced for years.

But then found herself leaning toward more communications roles so she went back to school and got her master’s degree in the very thing.

Her career has taken her from Boston to Freeport, Maine, back to Boston, and now in Wilmington, but back to Boston (she must be homesick!) in the next few weeks.

Blending her nursing and communications skills, she has experience working on complex health care issues from clinical settings to executive and media boardrooms, and through the halls of Congress.

She has restructured a communications department while the organization was working itself out of Chapter 11 and she has created an opportunity for one of her executives to be invited to a private meeting at the White House.

To say her work is varied and interesting is putting it mildly.

She is a dog lover and, in fact, used to have a Weimaraner (which is what Jack Bauer is) so we’ve swapped stories about how smart – and naughty – they are.

If you don’t already know Anneliz, make sure you follow her online and introduce yourself.