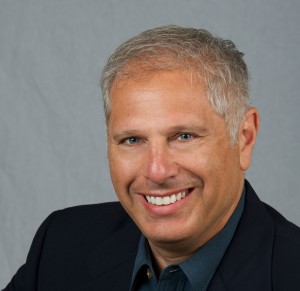 Barrett Rossie is a fairly new Spin Sucks reader. I don’t remember the very first blog post he commented on, but I do remember he fit in immediately (read: He wasn’t afraid to make fun of me).

Because of my profession, I’ve always been intrigued with the advertising discipline, particularly of some of the great ad men who built the industry from scratch and those who have kept the creativity alive.

Barrett has worked with some of those men, including Dan Wieden and David Kennedy (co-founded Wieden and Kennedy and created the Nike “Just Do It” slogan), Mike Hughes and Harry Jacobs (of The Martin Agency, creators of the GEICO ads, and also who I had the pleasure of working with early in my career), Hal Riney and Jerry Andelin (of Publicis and the brains behind the launch of the Saturn for GM), and Chick McKinney and Michael Winslow (of McKinney known mostly for stealing business under the noses of New York agencies, from North Carolina).

That’s probably all I need to write about Barrett. If you surround yourself with people you want to be like, enough has been said here. You already know he’s likely, then, creative, smart, strategic, and in demand.

His resume reads like the who’s who in advertising…and it’s pretty impressive!

Putting all of that aside (I feel like a starstruck teenager!), Barrett has an English degree (me too!) which immediately makes him one of us. AND he cycles. In fact, he convinced his wife a couple of weekends ago to do a 78 mile ride, stating it would only take three hours. Let’s just say it took a little bit longer than that. I doubt she trusts him ever again on a bike ride!

Don’t worry, Barrett. If she won’t ride those kinds of miles with you, I will! But only if you promise I, too, get to see a moose.

He blogs at The All Inbound Blog, where he writes about marketing for small and mid-sized businesses, taking clues and lessons from the big brands.

So check him out. He’s on his blog, he’s on Twitter, he’s on Google+, and he’s on LinkedIn. Stop by and say hello to him in the comments, particularly today, but he’s usually here every day, in case you miss him today.